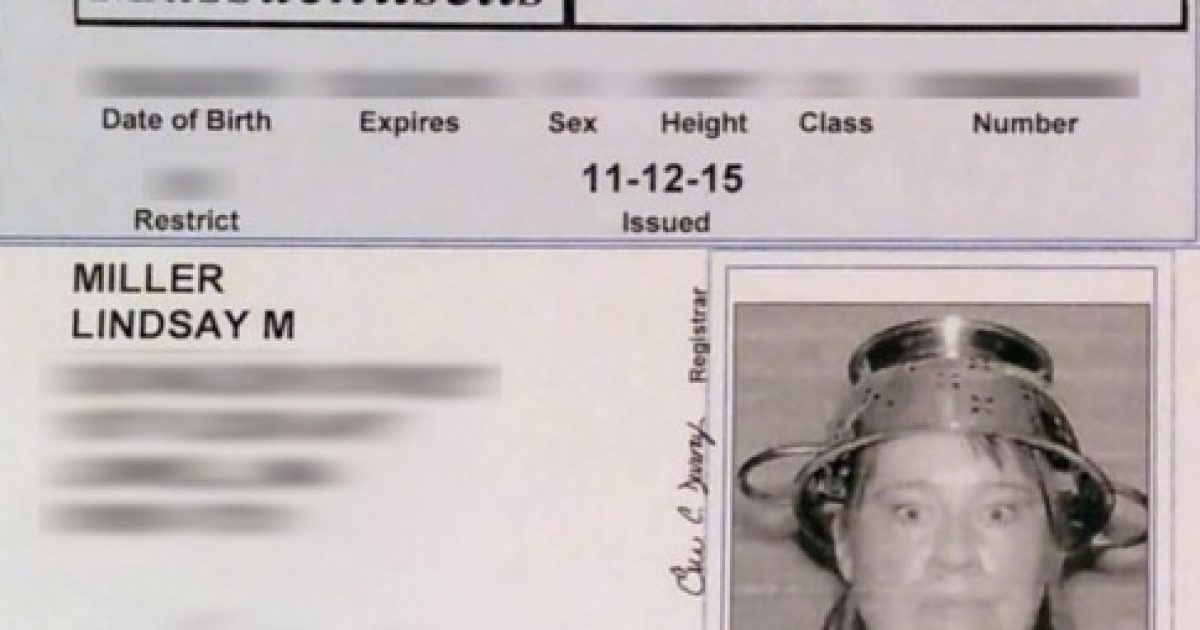 File this one under “Strange But True,” or “Now I Have Heard of Everything”…… a woman went to court over the right to wear a colander on her head in her driver’s license photo, and won.

A Massachusetts woman this week won the right to wear a colander on her head in her driver’s license photo after citing religious reasons. Lindsay Miller identifies as a “Pastafarian” and member of the Church of the Flying Spaghetti Monster, which some critics call a parody religion.

She tried to wear the kitchen utensil in her driver’s license photo this year but the Massachusetts Registry of Motor Vehicles denied her request. However, after intervention by the American Humanist Association’s Appignani Humanist Legal Center the RMV recently reversed its stance.

Ms. Miller said she was delighted that the agency allowed her to don a colander for her driver’s license, which was issued Thursday. “While I don’t think the government can involve itself in matters of religion, I do hope this decision encourages my fellow Pastafarian Atheists to come out and express themselves as I have,” Ms. Miller said.

What a profound waste of time for a legal system that is already overwhelmed with cases to begin with.