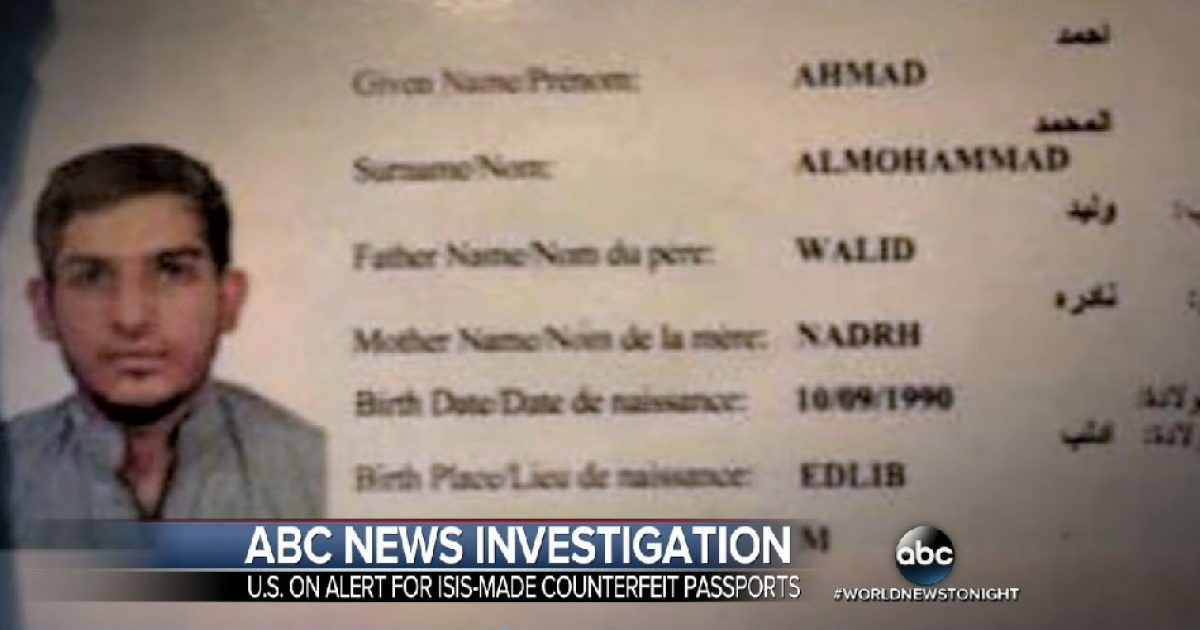 New reports reveal with “moderate confidence” that ISIS has a machine to print quality fraudulent passports, a serious threat to national security that could have dangerous consequences.

The 17-page Homeland Security Investigations (HSI) Intelligence Report, issued to law enforcement last week, says ISIS likely has been able to print legitimate-looking Syrian passports since taking over the city of Deir ez-Zour last summer, home to a passport office with “boxes of blank passports” and a passport printing machine. Another passport office was located in Raqqa, Syria, which has long been ISIS’s de facto capital.

“Since more than 17 months [have] passed since Raqqa and Deir ez-Zour fell to ISIS, it is possible that individuals from Syria with passports ‘issued’ in these ISIS controlled cities or who had passport blanks, may have traveled to the U.S.,” the report says.

What’s even more troubling is the number of fake passports produced in Syria, where thousands of citizens are currently fleeing as refugees:

According to the source that provided the passport information to homeland security officials, Syria is awash in fake documents. “The source further stated that fake Syrian passports are so prevalent in Syria that Syrians do not even view possessing them as illegal,” the report says. “The source stated fake Syrian passports can be obtained in Syria for $200 to $400 and that backdated passport stamps to be placed in the passport cost the same.”

Printing passports would allow the terrorist organization to expand their operations globally for less effort and money.

Hey, President Obama- do you still believe the greatest threat to national security is climate change?