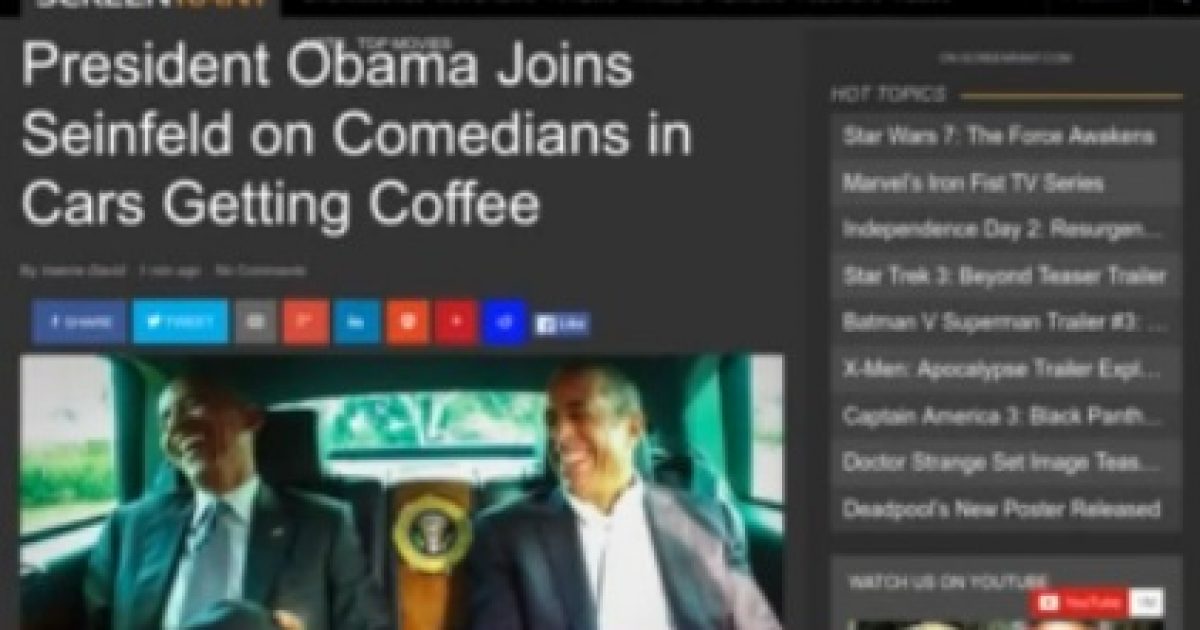 We are almost $19 trillion in debt. Terrorism has struck U.S. soil and abroad numerous times in the past year. The VA revoked the benefits of 115 veterans it mistakenly thought were dead. The IRS just dished out $46 million in erroneous tax refunds.

There is no shortage of work to be done in Washington.

And yet, our Celebrity-In-Chief Barack Obama is making a guest appearance on his second reality show this month.

President Barack Obama is neither a comedian nor, by most accounts, a car fanatic. But he’ll nonetheless make an appearance on Jerry Seinfeld’s “Comedians in Cars Getting Coffee” when the web series premieres later this month.

Obama and the funnyman taped an episode on the White House South Lawn, following the show’s model of cruising along in a vintage car before sitting down for coffee and a chat.

Typically the guest is a famous comedian — others who sat down with Seinfeld this year include Steve Martin and Will Ferrell. Obama is the first elected official to partake.

This seems like a profound waste of time for the President of the United States. Or maybe we have this all wrong- maybe the less Obama is doing in the White House, the better!

Do you think it is more dangerous to have an empty Oval Office, or one filled with progressives? Let us know in the comments…..