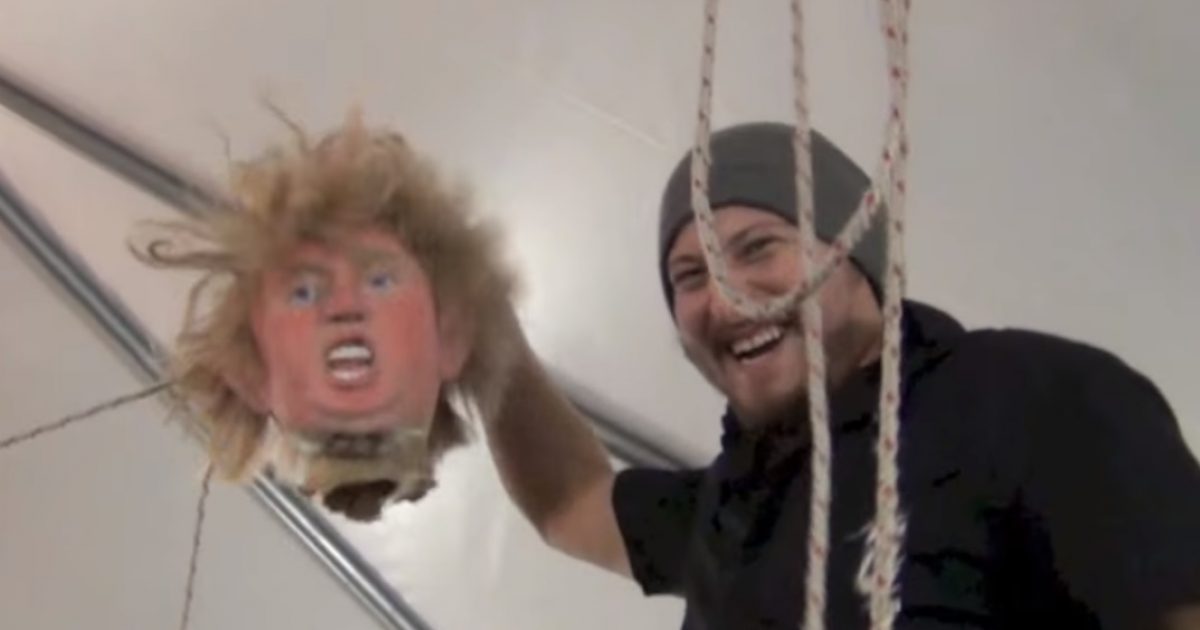 There’s a new food cart in Portland, Oregon. And they launched their Grand Opening with an event to “promote peace” and “stop hate.”

Their chosen method for doing so? Inviting children and adults to beat a life-size Donald Trump pinata. Because, tolerance.

Little kids and adults lined up to take turns battering the effigy, which they say they were destroying to “promote peace” and “fight hate.”

One little kid screams out “I want to kill him!” when he takes his turn beating the Trump piñata. The food cart owner claimed this wasn’t about politics.

Of course, if it would have been an Obama piñata the media would have called this a “racist” act but since it’s a Republican it’s all good.