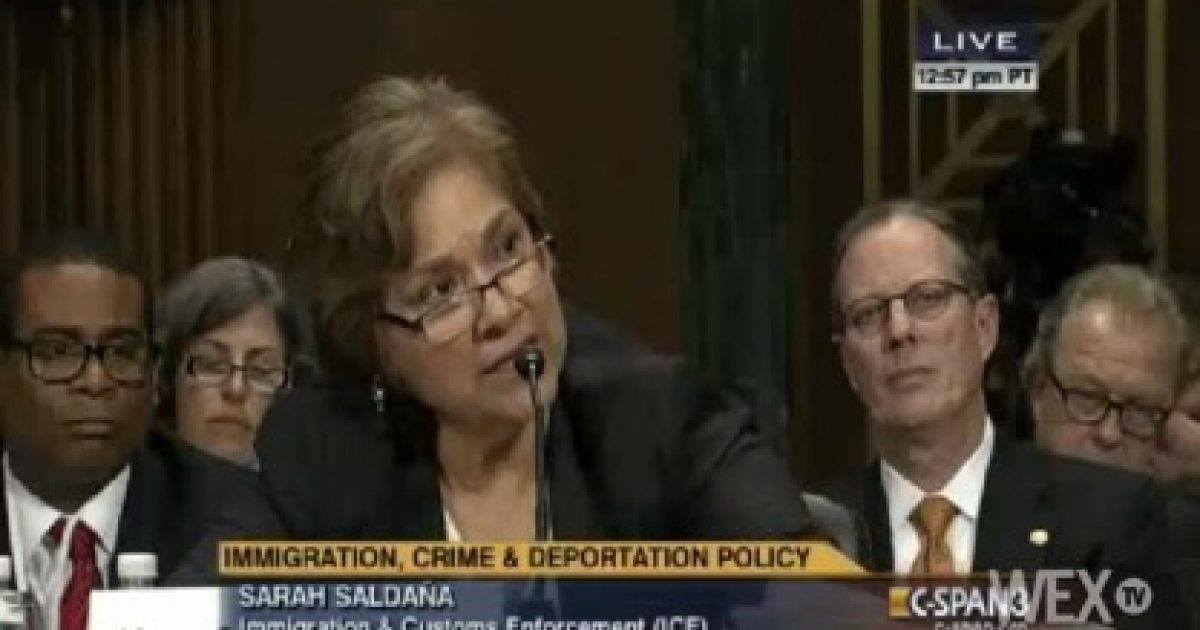 It’s been widely reported by this point that deportations are at their lowest point in the last 10 years. There are over 179,000 illegal immigrants convicted of various crimes who are currently living in the United States.

Immigration and Customs Enforcement (ICE) Director Sarah Saldana testified in front of the Senate Judiciary Committee to try and explain the drop in numbers, and it didn’t go well.

Saldana argued that 59 percent of the removals were criminals that were part of the administration’s priorities. “Those three priorities I mentioned in my opening statement, which are mostly criminals. And, again, sir, once again 59 percent of all of those that were removed were criminal aliens. That is a record-breaking percentage of the people that we removed,” Saldana said.

Sessions responded: “Forgive me if that doesn’t make me feel good because the numbers are dropping dramatically. So, you’re dropping down on other removals and you’re defining upward what you consider to be criminal and you’re saying it makes up a larger percentage of the very much smaller pie. Isn’t that correct?”

Ouch. Maybe the ICE Director failed to defend the sharp decrease in deportations simply because it’s indefensible. There is no reason why an entire agency dedicated to the enforcement of immigration and customs laws can’t manage to get the job done. They have an annual budget of approximately $6 billion (that’s billion, with a “B”).

So what exactly are they doing over there?