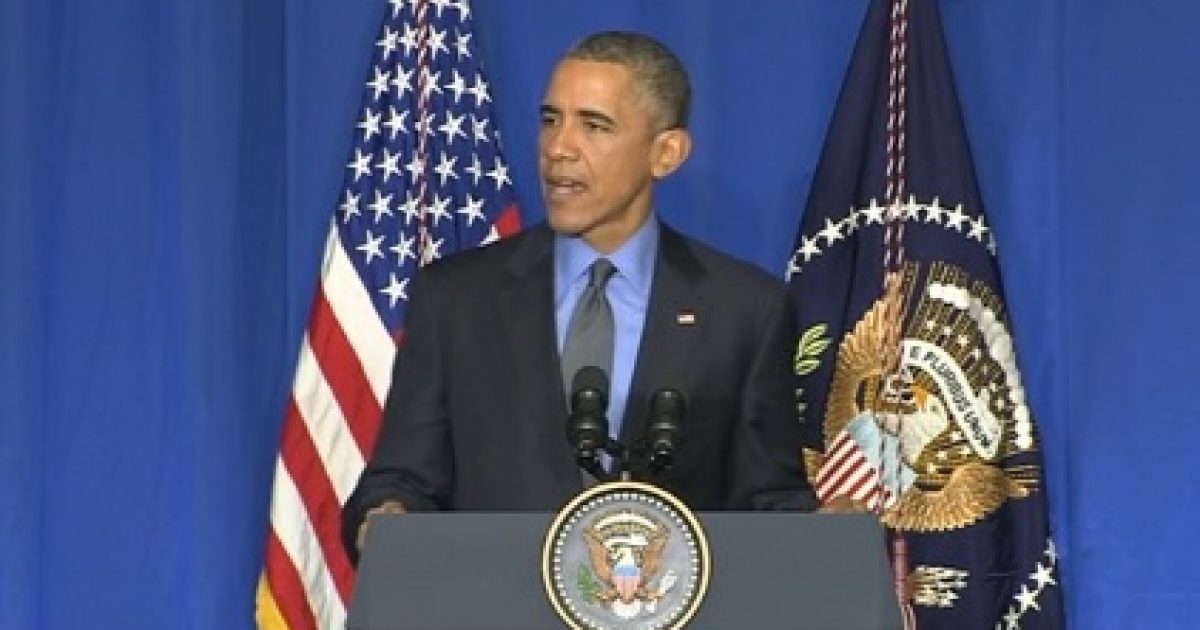 Here’s some irony for you…. President Obama’s commute to Paris for a preachy speech on climate change emitted more carbon dioxide than driving 72 cars for a year.

He really should have just Skyped it in.

Obama’s Paris jaunt will send more CO2 into the atmosphere than 31 American homes‘ energy usage for an entire year. The president’s trip is equivalent to burning 368,331 pounds of coal or 797 barrels of oil, according to the Environmental Protection Agency’s carbon footprint calculator.

Just one leg of the president’s Sunday trip to Paris emitted 189 tons of CO2 after travelling 3,855 miles and burning 19,275 gallons of jet fuel, according to Daily Caller News Foundation calculations based on past presidential flights. Obama’s return flight to Washington, D.C., would double the amount of CO2 burned to 378 tons — more than 72 cars driving for a year.

Obama has been criticized for past plane rides in the name of fighting global warming. Earlier this year, Obama flew down to the Everglades for Earth Day and was hammered for potentially damaging the fragile eco-system and costing taxpayers more than $866,000.

This is just more of the same for the Obama Administration. Democrats impose crippling regulations on businesses and advance policies that increase the energy bills for low income households, all without making any “carbon footprint” sacrifices themselves.

If the White House is going to be making up a bunch of arbitrary and destructive policies, the least they can do is follow their own rules.