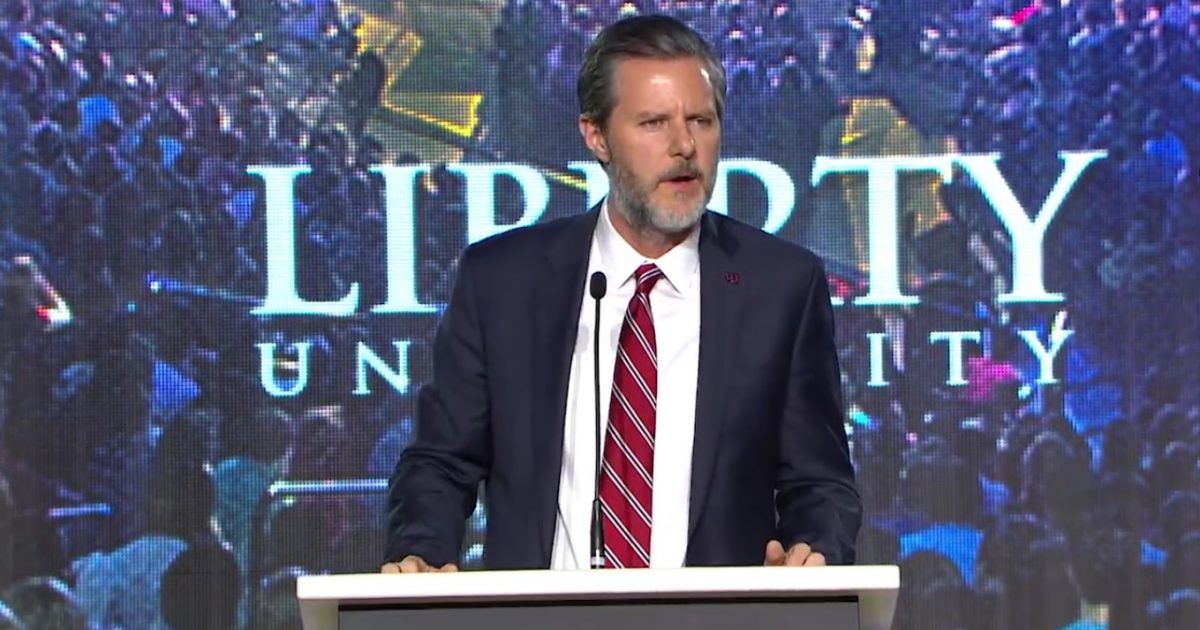 Liberty University’s President Jerry Falwell, Jr. created a stir this week when he encouraged Liberty students to carry on campus. Falwell’s premise was that armed individuals can better defend themselves than those without firearms.

As the Associated Press reported,

“Let’s teach them a lesson if they ever show up here,” Falwell told an estimated 10,000 of the campus community at convocation Friday in Lynchburg.

Falwell also said he believed the campus needed to be prepared in the face of the increasing frequency of mass killings. He cited, for example, the 2007 massacre of 32 people at Virginia Tech, the deadliest mass shooting in modern U.S. history, and less than 100 miles southwest of Liberty.

“What if just one of those students or one of those faculty members had a concealed permit and was carrying a weapon when the shooter walked into Virginia Tech? Countless lives could have been saved,” he said.

Following the San Bernardino shootings, which left 14 dead, Falwell said he began carrying a .25-caliber handgun in his back pocket. He said he’s had a permit for more than year.

“It just blows my mind when I see the president of the United States say that the answer to circumstances like that is more gun control,” he said. “If some of those people in that community center had what I’ve in my back pocket right now..Is it illegal to pull it out? I don’t know. I’ve always thought if more good people had concealed carry permits we could end those Muslims before they walk in and kill.. (applause). I just wanted to take this opportunity to encourage all of you to get your permit. We offer a free course. Let’s teach them a lesson if they ever show up here.”

Free concealed carry firearms safety course at a public university? There is hope for the world!

Isn’t it refreshing to hear someone encouraging young people to take responsibility for their own safety? Not to mention defending the Second Amendment? And all while brandishing a .25-caliber handgun on a college campus.