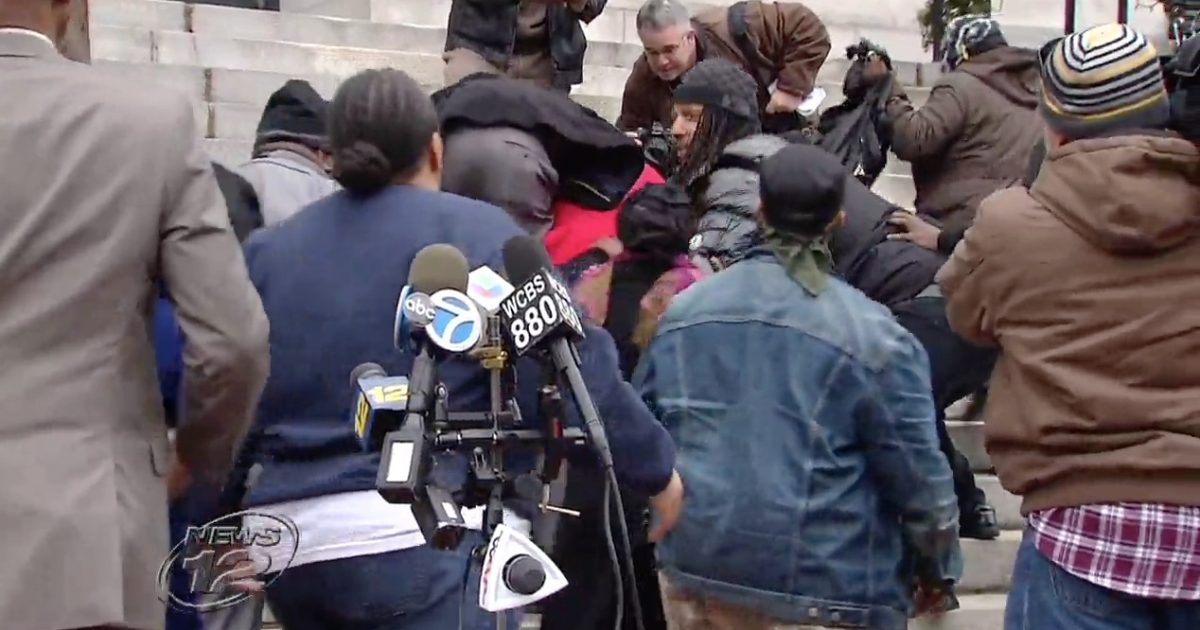 Here’s one final dose of irony before we close out 2015…. a fight broke out between local activist leaders at an anti-violence rally at City Hall in Newark, NJ.

You can’t make this stuff up.

The noon press conference was called by a group of activists led by Salaam Ismial, co-chair of the New Jersey Study Commission on Violence, and Abdul Muhammad, a longtime Newark anti-violence activist. In a release announcing the event, the two said they planned to ask Mayor Ras Baraka to “unleash his quality of life plan in addressing ongoing violence facing Newark residents.”

As the group spoke to reporters, however, a group of Baraka supporters including activist Donna Jackson and Tyrone “Street Counsel” Barnes began heckling and shouting from the base of the steps. It soon evolved into an intense face-off between Jackson and Muhammad, which then erupted into a skirmish between members of the two camps. At one point, Barnes put his hands around Muhammad’s neck and pushed him to the ground.

… Minister Thomas Ellis, who heads the Newark “Enough is Enough Coalition” and had joined Ismail and Muhammad at the press conference, said he was disappointed that what he characterized as an simple stand against violence had devolved into a political feud.

…”Today we stood on the steps of City Hall to show that black lives matter in Newark, and it turned out ugly.”

Obviously these activists are not actually anti-violence. But any activists trying to demonstrate that “black lives matter” need to lead by example and respect each other before they can get respect from anybody else.

Unfortunately, some community leaders care more about power, control, and who gets the credit than they care about actual progress.