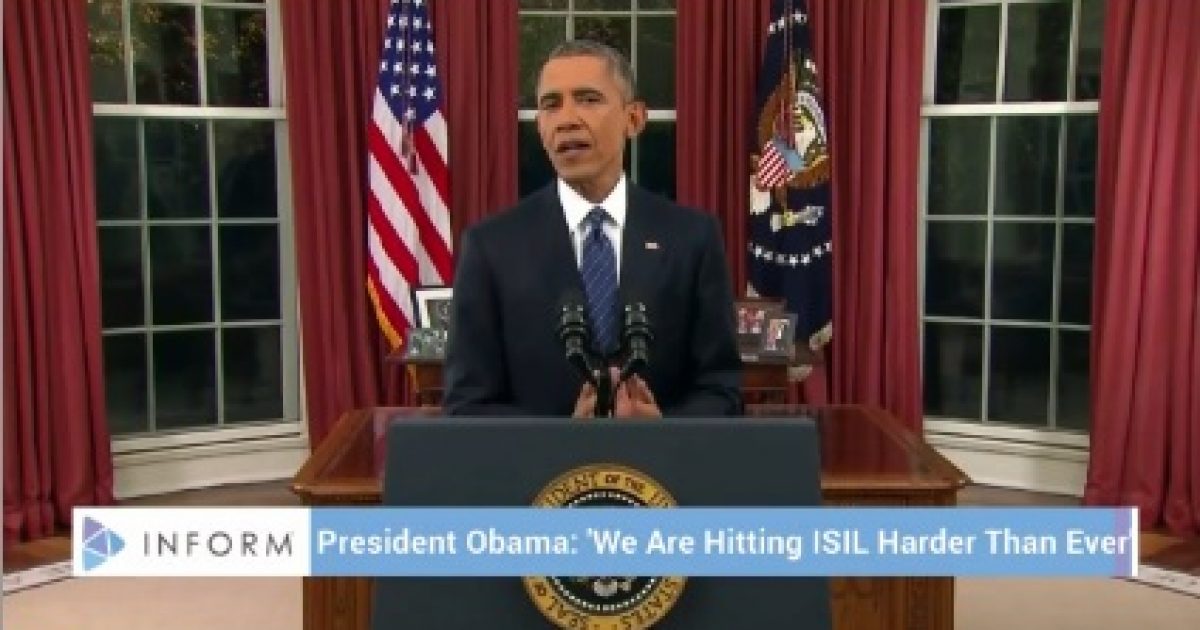 In what looked like a tired and passionless address, President Obama told the press the United States is hitting ISIS “harder than ever.” The comments were made following a strategy session at the Pentagon, so at least it implies we have a strategy against ISIS. That’s already better than his speech this time last year, in which he admitted we didn’t have a strategy to fight ISIS in Syria yet.

According to USA Today:

President Obama said he’s dispatching Secretary of Defense Ash Carter to the Middle East to help secure more help to fight the Islamic State, promising that his administration is “moving forward with a great sense of urgency” against the terrorist group.

“ISIL leaders cannot hide, and our message to them is simple: you are next,” Obama said from the Pentagon Monday following a strategy session with top generals and national security advisers. Obama rattled off a litany of successes — more bombs being dropped, more territory being regained, more allies joining the fight — but acknowledged that it’s not enough.

“All that said, we recognize that progress needs to happen faster,” he said. He said there’s a particular problem in urban areas controlled by the Islamic State, where militants are entrenched and often use civilians as use human shields. “Even as were relentless we need to be smart, targeting ISIL surgically and with precision,” he said.

A key part of the U.S. strategy in recent weeks has been to attack the oil smuggling that gives the Islamic State much of its revenue. “As we squeeze its heart, we’ll make it harder for ISIL to pump its terror and propaganda into the rest of the world,” he said.

All in all, the address seemed more like a political photo-op than an actual strategy update. Obama has been under fire in the press lately for burying his head in the sand and making the American people feel leaderless in the war on terror, and obviously he wanted to make an appearance.

Do you feel safer after Obama’s remarks today? Let us know in the comments!