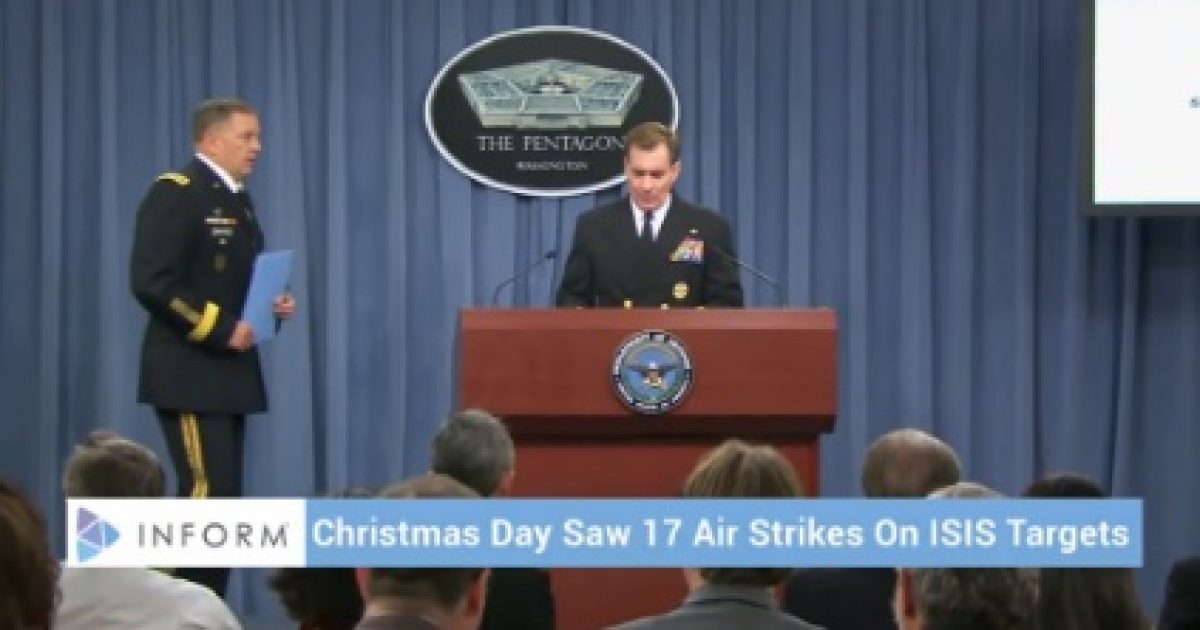 Despite news that the United States hit 17 ISIS targets in Iraq and Syria on Christmas Day, Russia is not happy with America’s commitment to the war on terror.

The Pentagon, refusing to transfer the data on terrorist targets in Syria to the Russian military, continues to fight against the Islamic State terrorist group “in word only”, Russian Defense Ministry spokesman Igor Konashenkov told reporters on Monday.

He thus commented on a recent statement by the Pentagon spokesperson Michelle Baldanza who confirmed that the US military did not intend to share with Moscow the information on IS targets until Russia changes its policy towards Syrian President Bashar Assad. “We are not going to cooperate with Russia on Syria until they change their strategy of supporting Assad and instead focus on ISIL (IS),”

Baldanza said. “The hackneyed thesis has once again confirmed that the Pentagon will fight against IS in word only, instead of taking real action,” Konashenkov said. “The statement by the US Defense Department spokesperson Michelle Baldanza about the [US side’s] refusal from any cooperation in the fight against Islamic State is a broken record, and it’s high time to change it,” he said.

Russia’s main accusation is the United States is only paying lip service to defeating ISIS because we refuse to share information on targets in Syria with Russia, which preserves ISIS oil smuggling routes. This logic of course makes the assumption that Russia would destroy these routes if they could locate them, thus cutting off a source of income for ISIS.

Do you think this beef is really about weakening ISIS, or is it about egos and Russian intelligence?