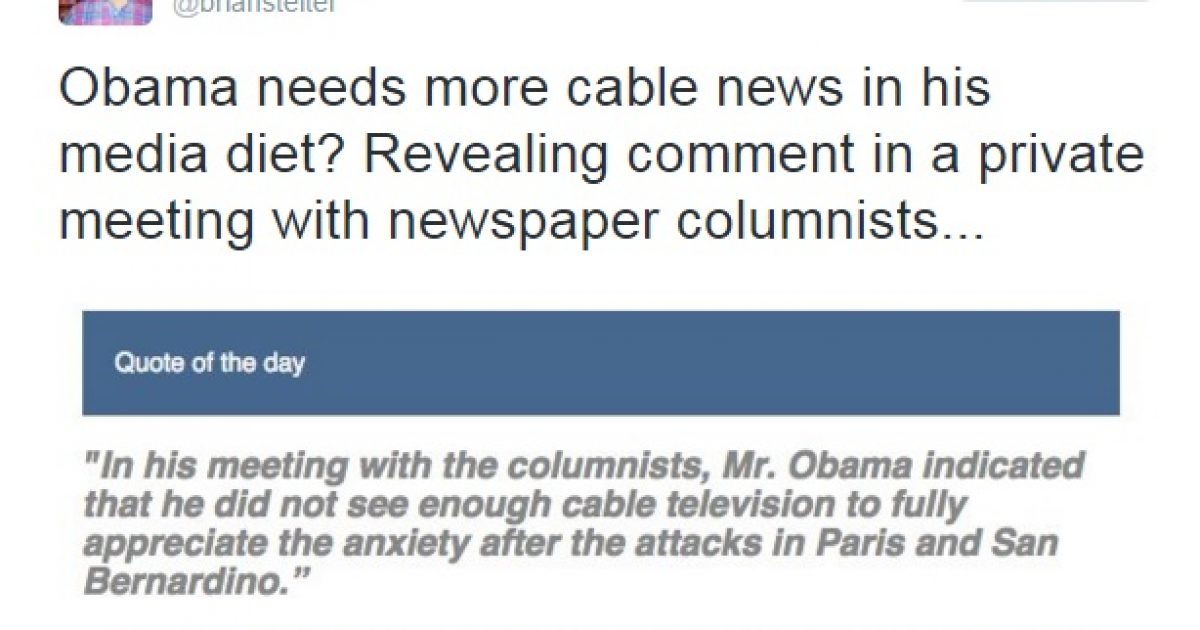 However, even the NYT is expected to maintain a minimum standard of journalistic integrity. But all ethics were thrown out the window this week when the paper edited an unflattering story about Obama without any citation, crossed their fingers, and hoped the American people didn’t notice.

If you read The New York Times‘ story on President Barack Obama‘s private meeting with news columnists Friday morning, you may have caught one quote that made the President look particularly bad:

“In his meeting with the columnists, Mr. Obama indicated that he did not see enough cable television to fully appreciate the anxiety after the attacks in Paris and San Bernardino, and made clear that he plans to step up his public arguments.”

… But just as the quote was beginning to make the rounds [on social media], it disappeared entirely from the the Times piece, without a correction or any indication that the piece had been updated. Instead, the paragraph in question has been replaced with the following, which doesn’t appear to have any connection to the original paraphrase:

“Mr. Obama argued that while there were potentially threats that would merit the kind of investment of lives and money equivalent to that made in the Iraq war, the Islamic State does not pose an existential threat to the United States and therefore the response should be measured. The United States needs to take on the group, in part to defend allies in the region, he said, but it should not be an all-out war. Moreover, he added, part of the group’s strategy is to draw the United States into a broader military entanglement in the region. A sustained but limited campaign may be slow and politically unsatisfying, but ultimately will be more successful, he contended.”

There’s a word for manipulating the presentation of facts and data in order to mislead Americans and advance a particular political view…. It’s called propaganda.

Shame on you, New York Times.