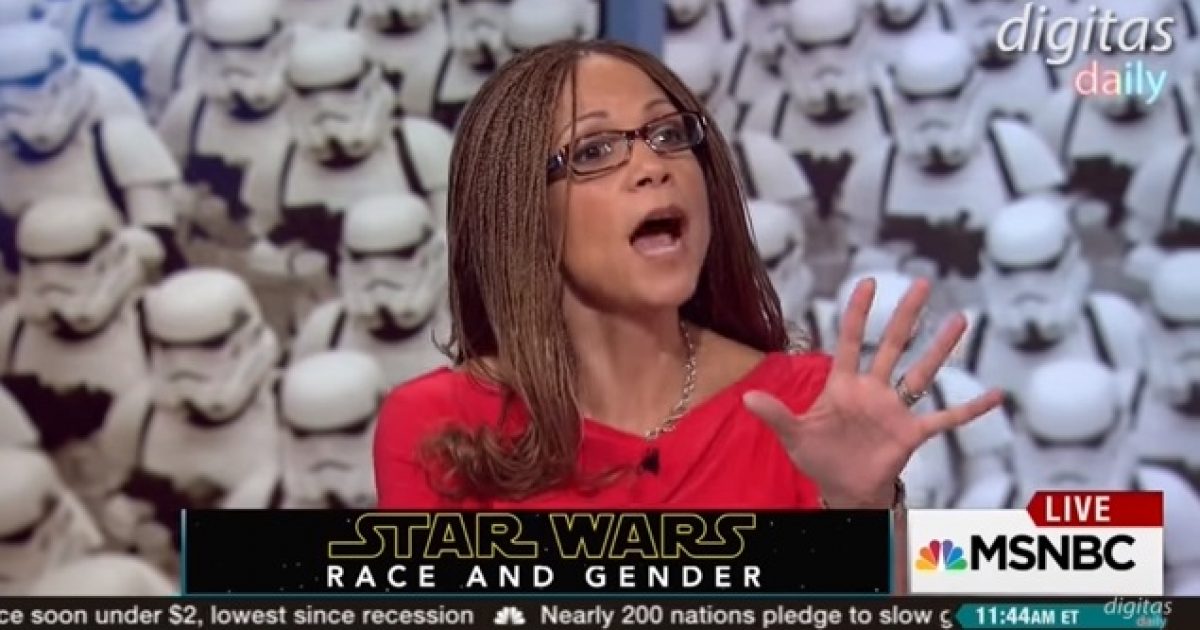 MSNBC host Melissa Harris-Perry is back in the news again, and this time it’s because she thinks Star Wars is racist.

Referring to Darth Vader, Perry went off on a bit of a rant, pointing out what she believes to be racism in one of the highest-grossing movie franchises of all time.

“Yeah, like, the part where he was totally a black guy whose name basically was James Earl Jones, who, and we were all, but while he was black, he was terrible and bad and awful and used to cut off white men’s hands, and didn’t, you know, actually claim his son. But as soon as he claims his son and goes over to the good, he takes off his mask and he is white. Yes, I have many, many feelings about that, but I will try to put them over here.”

While these kinds of comments are typical over at MSNBC and warrant a simple “eye-roll and move on” from most people, let me explain why her comments are not okay.

It’s this kind of ridiculous race baiting that dilutes the power of the word “racism” itself.

Every time Melissa Harris-Perry throws around the word “racist” as her own personal synonym for “a thing I didn’t like,” it minimizes the impact of personal stories of actual encounters with racism.

Star Wars isn’t racist, Melissa Harris-Perry. But after watching you relentlessly read between the lines of an iconic movie to try and inject racial stereotypes into the characters to prove a political point, I have to wonder…. maybe you are?

You can watch her comments for yourself here: