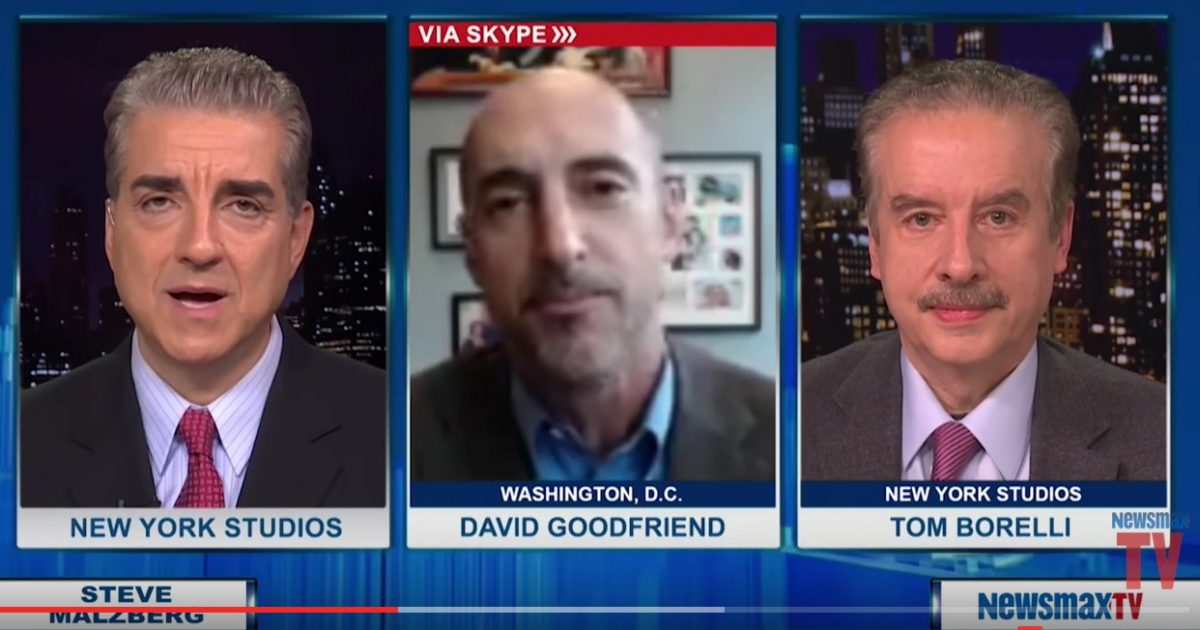 Following the terrorist attack in California, Democrats are trying to shift the debate from terrorism to gun control.

The latest Democrat ploy is to stop individuals that are on the terrorist watch list from getting guns. The problem with the Democrat idea is that some Americans have been wrongly included on the list.

Watch Tom Borelli debate gun control and the news of the day with David Goodfriend on The Steve Malzberg Show on NewsmaxTV.