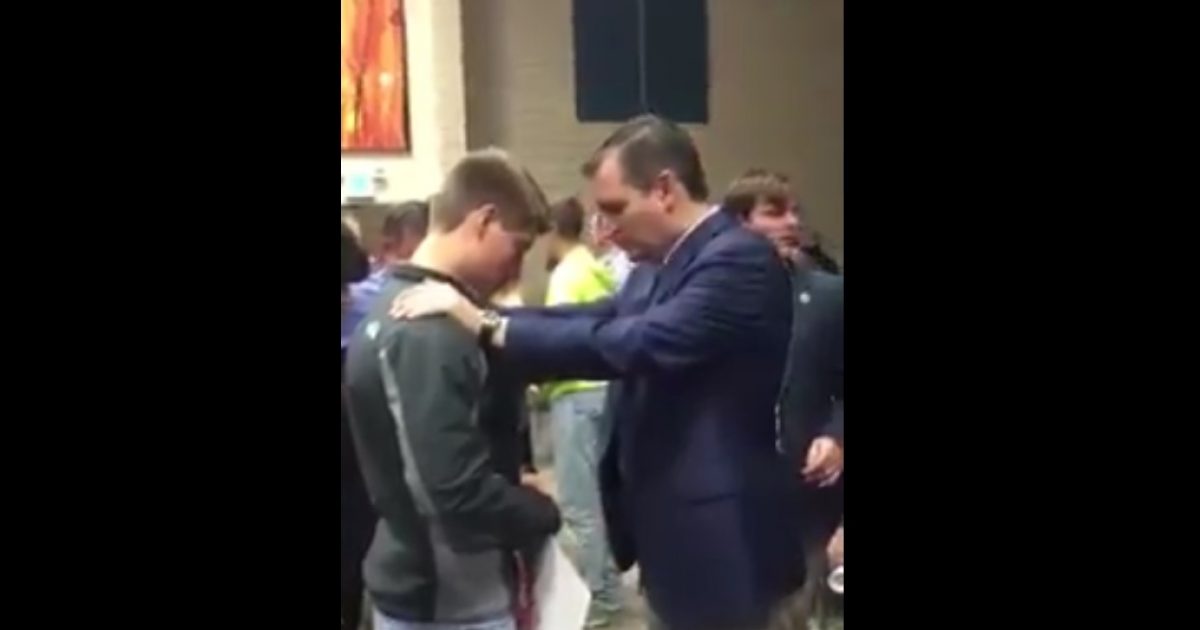 At a campagin stop yesterday, Senator Ted Cruz went out of his way to do something very special for a young man. But it wasn’t an autograph, or a photo op.

It was a prayer. And while we can’t hear what Senator Cruz is praying, the simple fact that he took time out of his incredibly busy campaign schedule to care that much about one of his supporters is truly moving.

Watch the exchange, via Blackwater Video:

Ted Cruz stopped to pray for a young man … AND I GUARANTEE THE NEWS MEDIA WONT SHOW IT!!
Click SHARE and lets make this VIRAL if you are proud of a Presidential candidate who will pray in public!

Senator Ted Cruz has also formed a National Prayer Team, and said that anyone who doesn’t begin their day on their knees in prayer, isn’t fit to be President. Last week, Cruz responded to critics of those who offered prayers for the victims and families in San Bernardino by saying, “There has never been a time in the history of this country that we needed prayer more.”