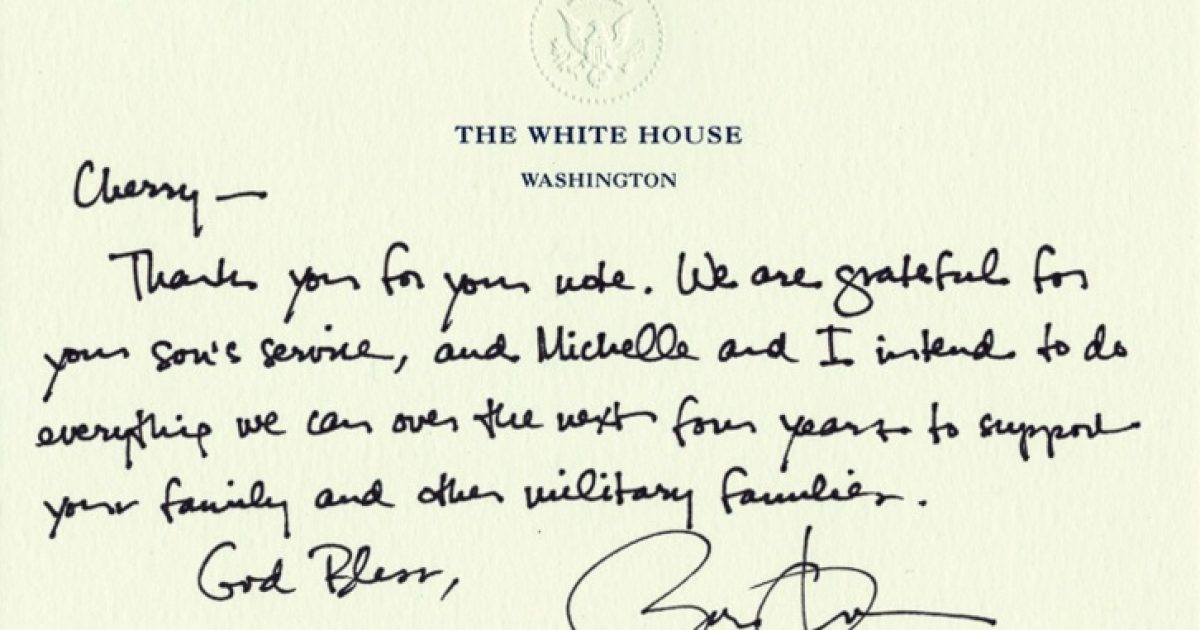 Mothers will sacrifice anything to provide for their children, no matter what their ages.

In a twist of tragic irony, this veteran’s mother is selling a handwritten letter from President Obama to cover for her son’s medical expenses. In the letter, Obama promises the mother that he will do everything he can to support military families. Really.

Cherry McKimmey told Secrets, “Something good might as well come out of that. It is doing no good lying in my drawer. It means absolutely nothing to me.”

She received the note from Obama in July 2009 after a non-stop effort to beg federal officials to help her son, David McKimmey.

McKimmey was campaigning for the the Veterans Administration to do more to help him recover from injuries for which he received the Bronze Star with Valor for crawling back into a truck fire to save two soldiers who eventually died. He suffered burns to his face and hands is still likely to lose his leg.

McKimmey is auctioning off the letter at Alexander Historical auctions, where it is estimated to be valued at $3-4,000, but hopefully will get much more given the significance of the item.

…. Now years after receiving Obama’s letter, McKimmey believes that the president was just trying to placate the family. “We just assumed everything would be taken care of,” she said in a telephone interview. “We should have known better.”

This heartbreaking story puts a face to the many failures of the Department of Veteran’s Affairs. The Obama Administration has had every opportunity to clean up the VA, but apparently their War on Energy and campaign to eliminate political incorrectness are simply bigger priorities.

The government can spend $1 million training monkeys how to run on a treadmill, but they can’t provide adequate medical coverage to an American hero. It’s disgraceful.