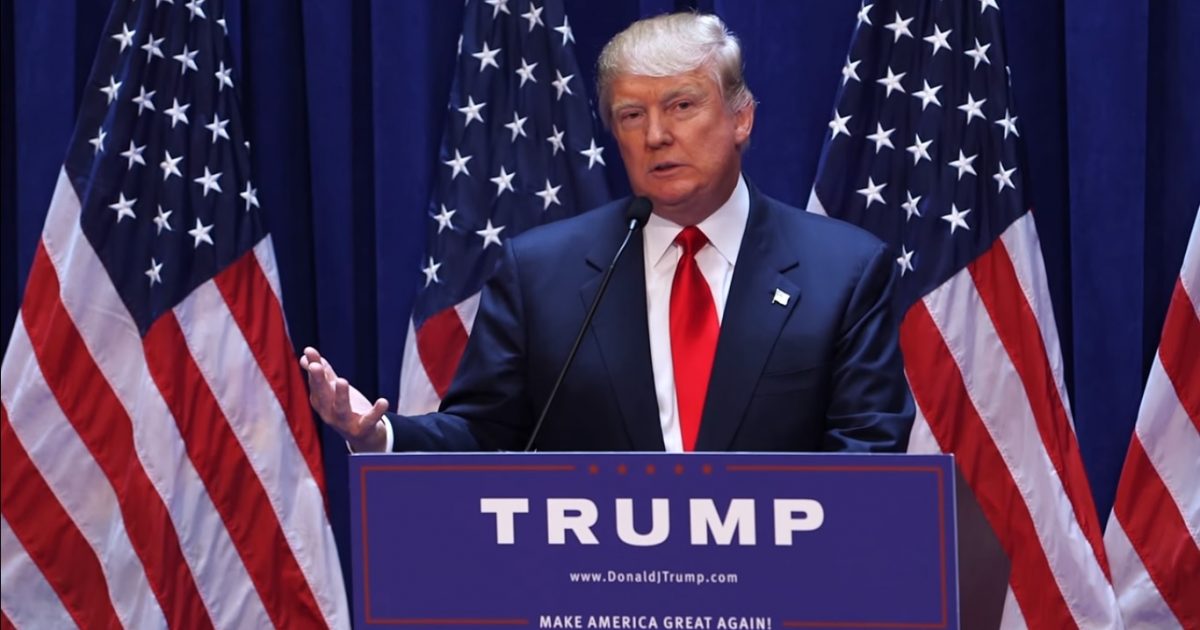 If there’s one thing recent elections have taught us, it’s that you can’t always trust the polls.

But here’s a poll we hope is right. 20% of Democrats now say if the 2016 election is a contest between Hillary Clinton and Donald Trump, they’re voting for… Donald Trump.

Yes, you read that correctly.

Per U.S. News and World Report,

Nearly 20 percent of likely Democratic voters say they’d cross sides and vote for Trump, while a small number, or 14 percent, of Republicans claim they’d vote for Clinton. When those groups were further broken down, a far higher percentage of the crossover Democrats contend they are “100 percent sure” of switching than the Republicans.

When the firmed showed respondents the Trump ad, and assessed their responses to each moment of it, it found “the primary messages of Trump’s ad resonated more than Democratic elites would hope.”

About 25 percent of Democrats “agree completely” that it raises some good point, with an additional 19 percent agreeing at least “somewhat.”

Mercury CEO Ron Howard, a Democrat whose firm works for candidates in both parties and corporate clients, concedes, “We expected Trump’s first campaign spot to strongly appeal to Republican Trump supporters, with little impact – or in fact negative impact – on Democratic or independent voters.”

He continues, “The challenge to Hillary, if Trump is the nominee and pivots to the center in the general election as a problem-solving, independent-minded, successful ‘get it done’ businessman is that Democrats will no longer be able to count on his personality and outrageous sound bites to disqualify him in the voters’ minds.”

A total of 66 percent of Democrats are very concerned with it, as are 32 percent of Republicans and 41 percent of independents, according to the survey.

Further, 65 percent of Democrats said that the “prestige” of the country would be hurt by his election, as did 19 percent and 29 percent of Republicans and independents, respectively.

What do you think? Will Trump win big in the general election? Sound off in the comments below!