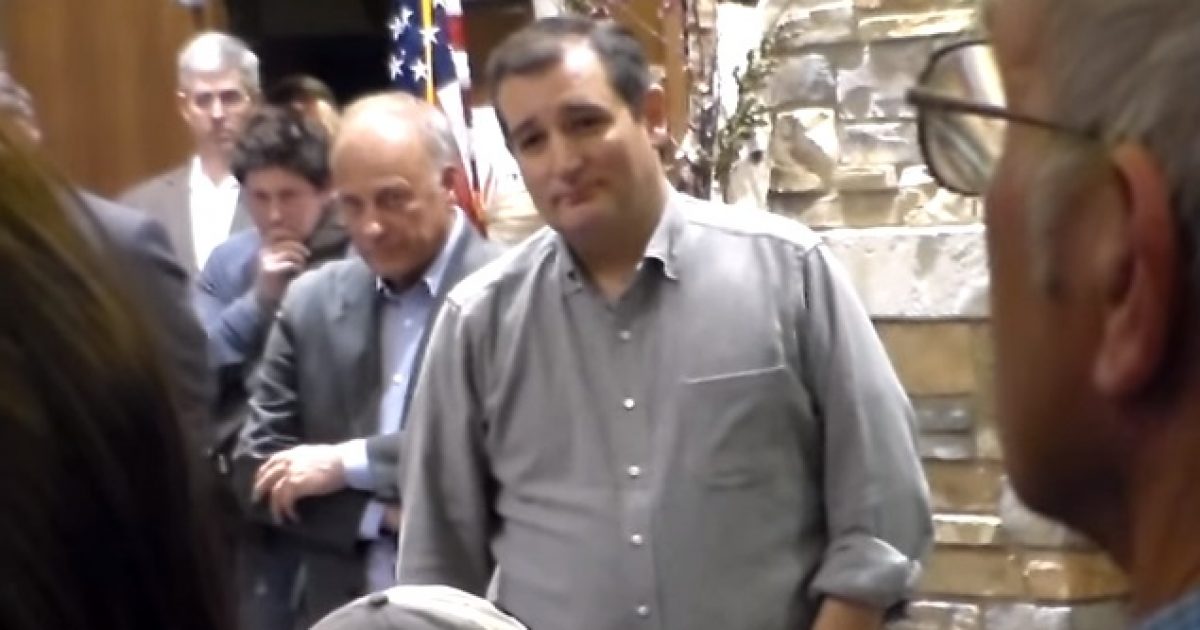 Texas Senator and GOP presidential candidate Ted Cruz was confronted by a young woman (brought into the United States illegally by her parents) who attempted to ask him a gotcha question about his immigration position.

Cruz didn’t blink an eye, and answered her question with poise and clarity, without backing down on his convictions.

During an event in Storm Lake, Iowa, Wednesday night, Ofelia Valdez, 30, told Cruz that although she was brought to the country illegally by her parents as a teen, she was able to retain residency due to President Barack Obama’s Deferred Action for Childhood Arrivals program, or “DREAM act.”

“As a DACA holder myself, I am worried about whoever comes next in the presidency and what’s gonna happen to people like us?” Valdez said, according to a video taken posted on YouTube by the Democratic National Committee. “I think of myself as a part of this community and, you know, first day in presidency you decide to deport, you know, people like myself — it’s just very difficult to process it.”

“I would note, if you’re a DACA recipient it means that you were brought here illegally, and violating the laws has consequences,” Cruz told the woman. “And one of the problems with our broken immigration system is that it is creating human tragedies and there are human tragedies when people break the law.”