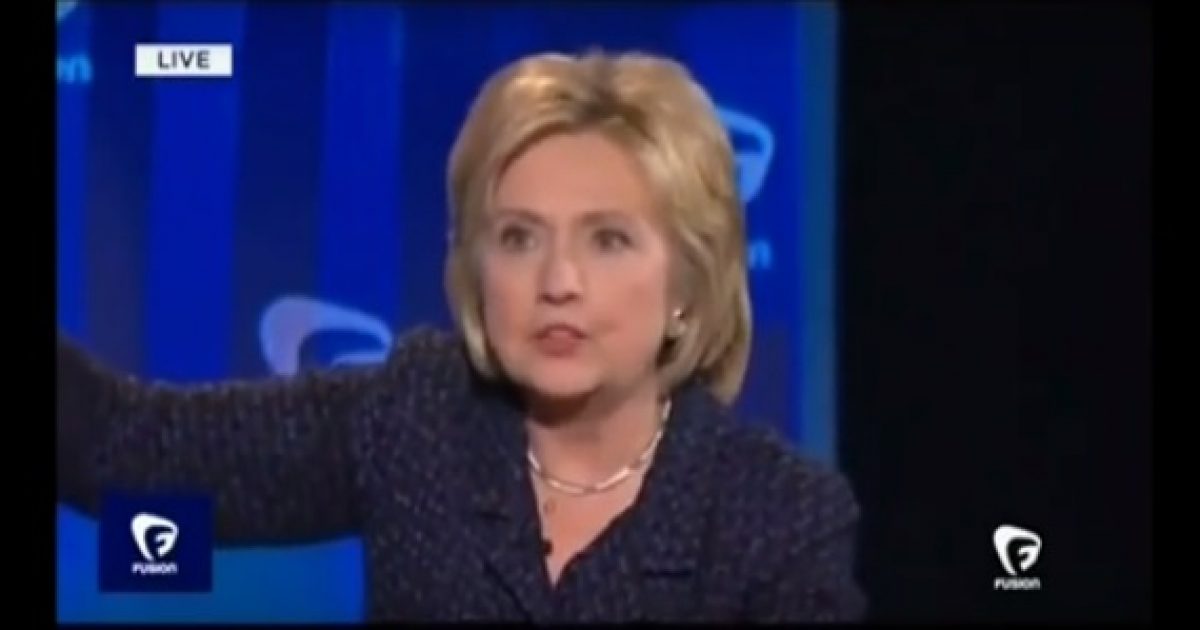 Hillary Clinton took pandering to a whole new level at a minority forum in Iowa, when she insinuated that “white terrorism” is as much of a threat as radical Islam in the United States.

At the “Brown and Black Forum” in Iowa Monday, Democratic front-runner Hillary Clinton could not differentiate between ISIS and “white terrorism.”

A moderator asked Clinton, “Personally, I know many minorities who are much more concerned with racist attacks at the local level than radical Islamists. So, question to put it plainly since often issues of race are tiptoed, do you believe that white terrorisms and extremism is as much a threat to some in this country as something like ISIS?”

Hillary Clinton is not sincere when it comes to race relations in America. She picks and chooses her opinion based on poll numbers, and what type of audience she happens to find herself in front of. Clinton played the race card because she believes first and foremost that black votes matter, not black lives. She will say and do anything to secure her Democratic nomination, and to distract people away from the reality that she might be criminally indicted in the next few months.

You can watch the video here: