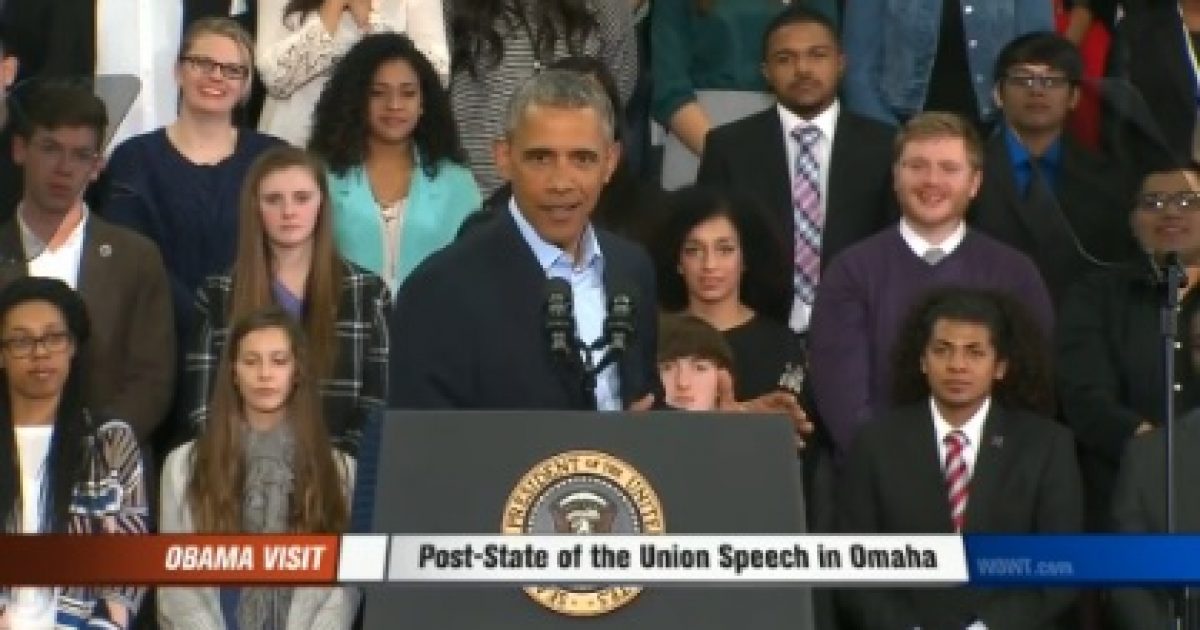 Woops…. in a speech at the University of Nebraska, Barack Obama messed up the age of the United States. Luckily he made the gaffe on a college campus, where facts don’t matter and all progressives get the benefit of the doubt!

According to the Daily Mail:

President Barack Obama had trouble on Wednesday working out the math to determine the age of the country he has led for the last seven years, stammering that the United States is 250 years old. The Second Continental Congress declared the independence of the U.S. in Philadelphia on July 4, 1776 – in the Declaration of Independence – making the country a hair older than 239-and-a-half.

Speaking at the University of Nebraska Omaha a day after his final State of the Union address to Congress, Obama complained that some Republicans in the audience failed to applaud when he insisted America is the world’s strongest and most powerful nation. ‘I mean, I understand why they wouldn’t want to give me credit for it – which is true,’ he said.

‘It’s because the United States of America, for two hundred, err – 50 – years, has been working to make us the strongest. But that should not be a controversial statement.’

Even though it’s likely that the president simply misspoke, it’s an unsavory reminder that Obama doesn’t really care about the history of our nation or the process by which it governs- he just cares about advancing his progressive agenda at every possible opportunity.