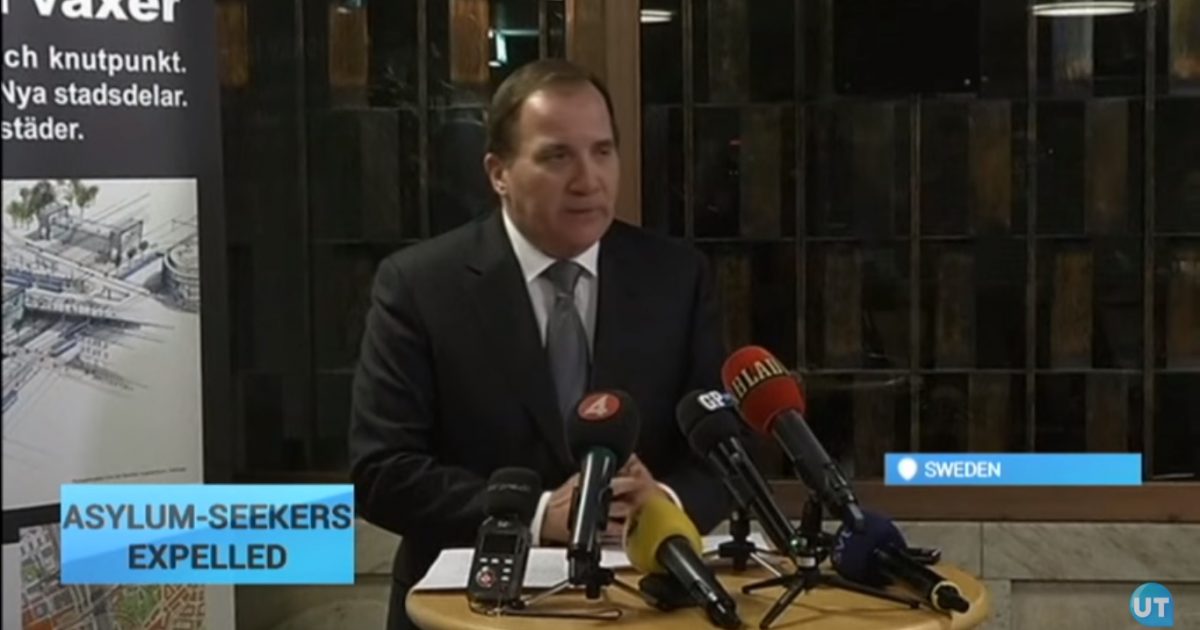 The news out of Sweden just keeps getting worse. Earlier this month, we learned that a Muslim immigrant from Eritrea stabbed the 7 year old daughter of his host family to death. Following that tragedy, a 15 year old migrant was arrested by Swedish authorities on suspicion of murdering an aid worker. Add these incidents to the horrific accounts of rape and abuse, and you realize that Sweden is in chaos.

But things are about to change. The country’s liberal policies towards immigrants took a blow this week when the country’s Interior Ministry announced plans to deport 80,000 refugees over the next several years.

Anders Ygeman told newspaper Dagens Industri that since about 45 percent of asylum applications are currently rejected, the country must get ready to send back tens of thousands of the 163,000 who sought shelter in Sweden in 2015.

Ygeman’s spokesman, Victor Harju, confirmed the announcement, adding that the minister was simply applying the current approval rate to the record number of asylum-seekers.

“That rate could of course change,” Harju added.

Germany and Sweden were the top destinations for asylum-seekers in Europe last year, with Sweden receiving one of the highest amounts of refugees per capita in the European Union.

Asylum-seekers whose applications are rejected are normally transported out of Sweden on commercial flights. But because of the large number being rejected they would use specially chartered aircraft to take them out of the country, Ygeman said.

The number of new arrivals has dropped sharply since Sweden’s left-wing government brought in systematic photo ID checks for travelers earlier this month.

Did you catch that? Photo ID’s! What a revolutionary idea… I wonder if they’d need them to vote, too?

Meanwhile, neighboring Denmark voted in favour of seizing the assets of asylum seekers to help pay for their stay while their claims are processed.

Valuables worth more than 10,000 kroner ($1,500) will be seized by police as migrants enter the country to help cover their housing and food costs.

And there it is. Not only is the influx of migrants causing social havoc in Europe, it’s also costing the welcoming nations lots of money. Maybe conservatives in the United States aren’t so crazy to question the wisdom of opening our borders to more refugees, after all?