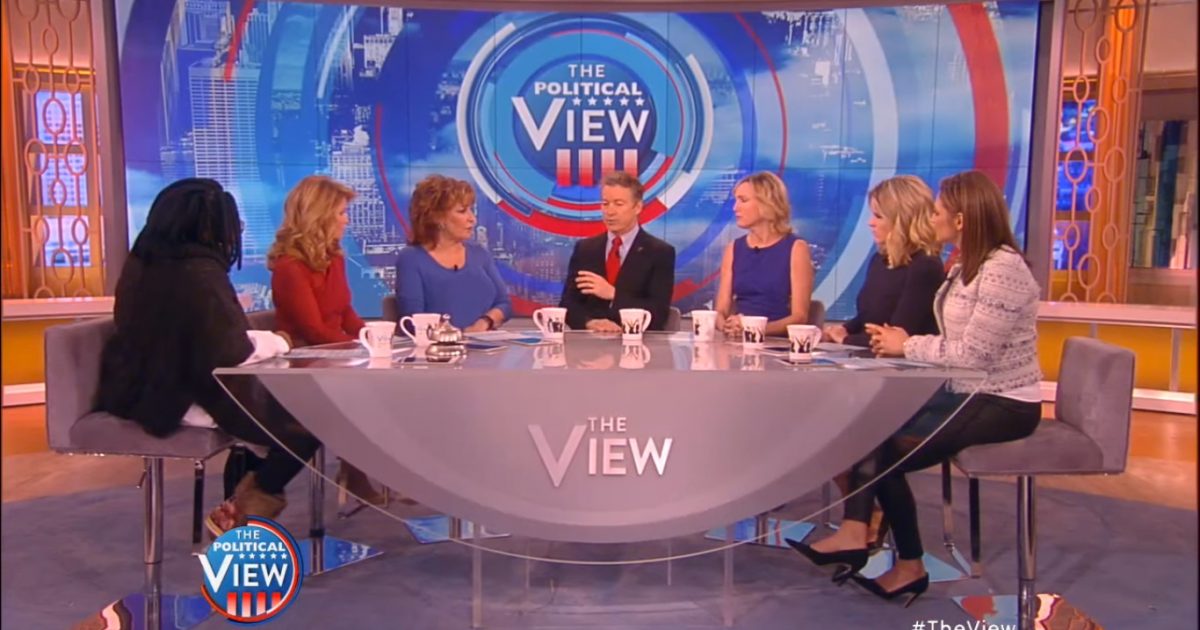 Just when you thought you’d seen it all…

Senator Rand Paul goes on The View and completely embarrasses its liberal ladies. The topic? Guns, of course. Because everyone knows all criminals use machine guns and more background checks would stop all mass killings, right?

Wrong. They’re called semi-automatic weapons and none of the President’s new background check proposals would have stopped any of the recent mass shootings.

Watch and enjoy as Senator Paul seriously educates the panel:

Paul then explained that “people do hunt and people also do shooting and sports shooting and target shooting” with semi-automatic weapons.

“Come to Kentucky and I’ll introduce you,” he told Goldberg. “There are a lot of people who like and enjoy this as a sport.”

Paul added, “But the other problem is if we take ownership away of specific types of guns, you really have to modify — something that big has to be either legislation or possibly a Constitutional amendment.”