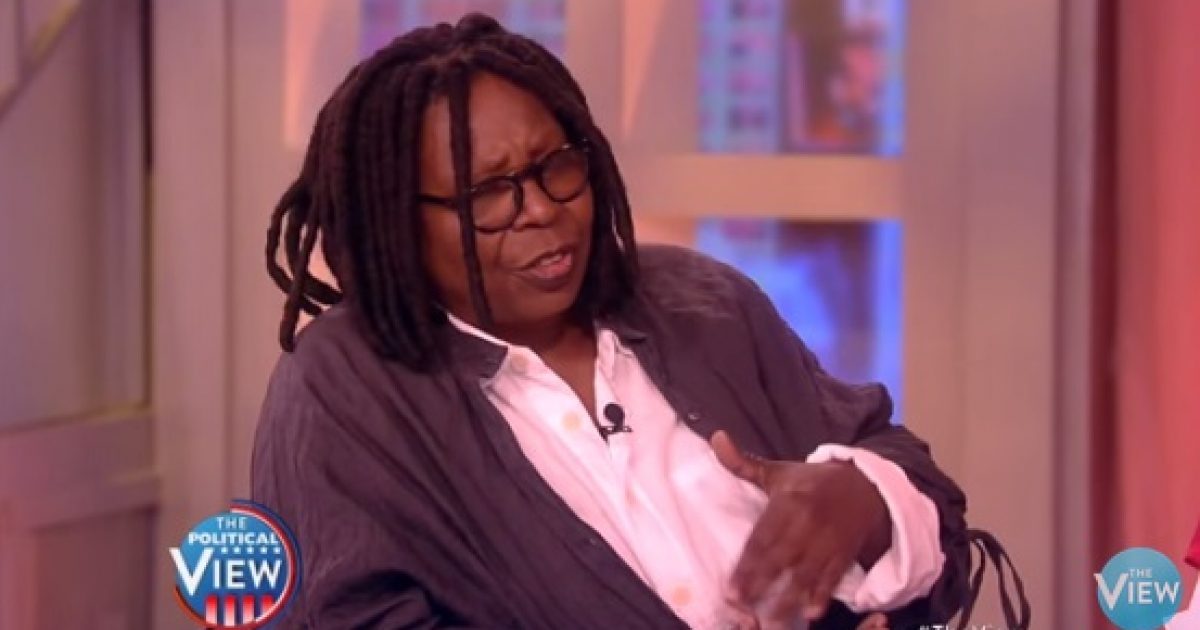 If Donald Trump wins the 2016 presidential election, Whoopi Goldberg says she might have to move far, far, away.

….Does she promise? Can we get that in writing?

“The View” co-host Whoopi Goldberg on Wednesday said a possible Donald Trump presidency signals that “maybe it’s time” for her to move out of the country. Ms. Goldberg was responding to a claim by fellow co-host Joy Behar that the Republican presidential front-runner “has a lot of Democratic tendencies, if you look at his record.”

“Listen, he can be whatever party he wants to be,” Ms. Goldberg interjected, according to a clip obtained by Breitbart News. “What he can’t be is he can’t be the guy that says it’s your fault stuff isn’t working. That’s not the president I want. Find a way to make stuff work.”

Now this part we can agree on… we’ve already had 8 years of a president who did nothing but blame other people for his failed policies. His name was Barack Obama.

“But you can’t say, ‘Oh, you’re Lebanese or you’re black or you’re Mexican or you’re a woman.’ Stop blaming everybody. Let’s fix the crap. Let’s just fix it,” she continued. “And if you can fix it, I will listen to what you have to say. The minute you start pointing and saying that person is a rapist and a murderer, it pisses me off because I’ve been part of that when they just use a blanket statement to talk about black people or when they use a blanket statement to talk about white people or women or any other group.

“I don’t think that’s America. I don’t want it to be America. Maybe it’s time for me to move, you know,” she added.

Whoopi’s threat to leave the country is almost certainly an empty one. But a girl can dream….