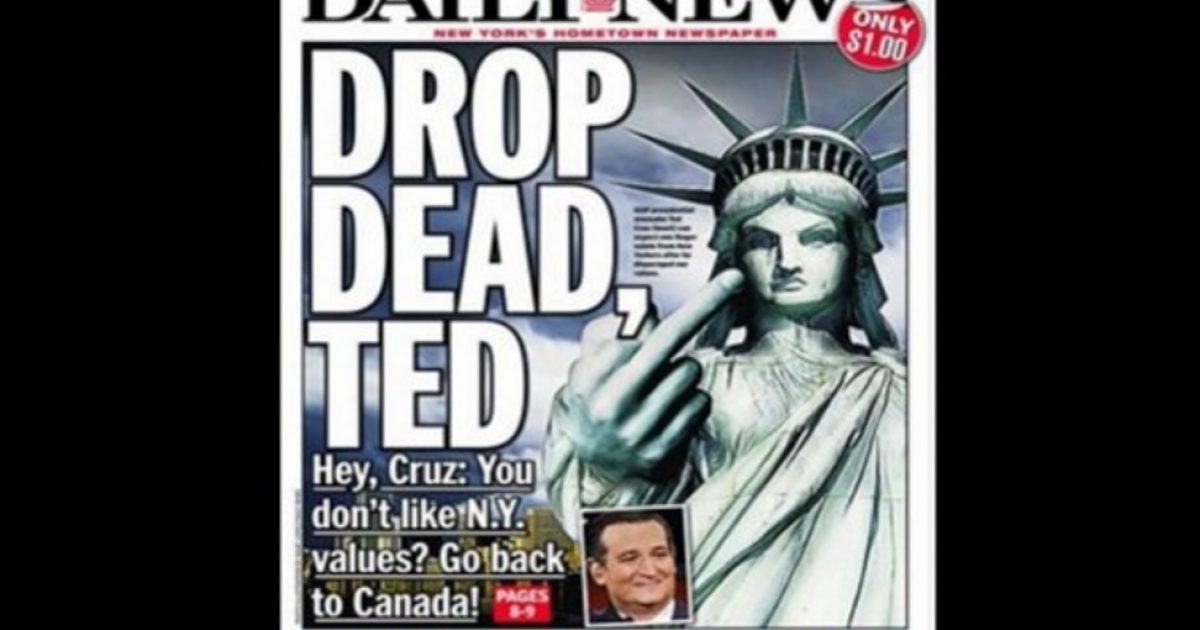 When Senator Ted Cruz talked about “New York values” during the GOP debate last night, he was talking about the city’s political values.

“Donald comes from New York and he embodies New York values.” And made it sound as if this was some variation of insulting Trump about his hair.

“Everybody understands that the values in New York City are socially liberal and pro-abortion and pro-gay marriage,” he said. “And focus on money and the media.” This was right before Trump turned and calmly took him apart again for insulting the city the way he has.

Turns out, the Daily News took it a little too personally.

Take a look at today’s cover for yourself:

So let me get this straight…. the NY Daily News defends the honor of “New York values” by printing an image of the Statue of Liberty giving the finger on its cover?

At the very least, the newspaper has just printed one of the most honest covers in media history. The liberal media hates conservatives, and they’ve always had a bias against Republicans. The Daily News finally showed its cards and printed what we knew the media was thinking all along.

It’s about time they finally admitted it.