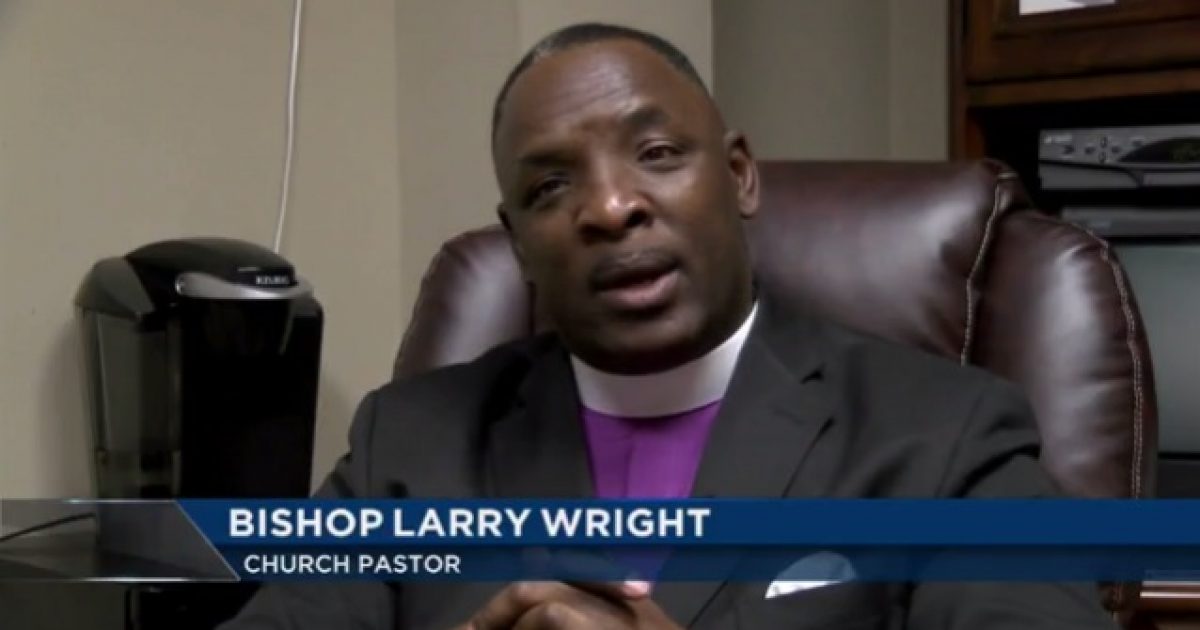 The New Year began with a miracle at the Heal The Land Outreach Ministries church in Fayetteville, NC, when a 57-year old gunman entered the church on New Year’s Eve. Rather than opening fire, he surrendered his rifle to Pastor Larry Wright and asked for prayers.

Around 11:30 p.m. Thursday, Pastor Larry Wright, who is also a Fayetteville city councilman, was in the middle of sharing his New Year’s Eve sermon with about 60 people in the church. He soon noticed a man enter the sanctuary, holding a rifle in the air. Wright says he immediately left the podium and confronted the stranger.

“He said, ‘I came here with some terrible things on my mind, I was going to do some bad things’,” Pastor Wright told WNCN. Wright says you could feel the panic in the air. Church members started screaming, others were running straight for the door. He then asked for prayers. Wright took the gun away and called for other men to come and embrace the suspect.

“When I told the congregation, its OK, he wants prayer and I began to pray for him, and the power of God hit and he fell to his knees and began to cry and weep and he had his face on the ground,” Pastor Wright said …  “God stepped in and he moved on that young man’s heart and instead of him shooting and killing a whole lot of people, God touched his heart,” Pastor Wright said

Despite the now infamous Daily News cover following the San Bernardino shooting which read, “God Isn’t Fixing This,” the only explanation for this gunman’s change of heart on NYE was the power of prayer.