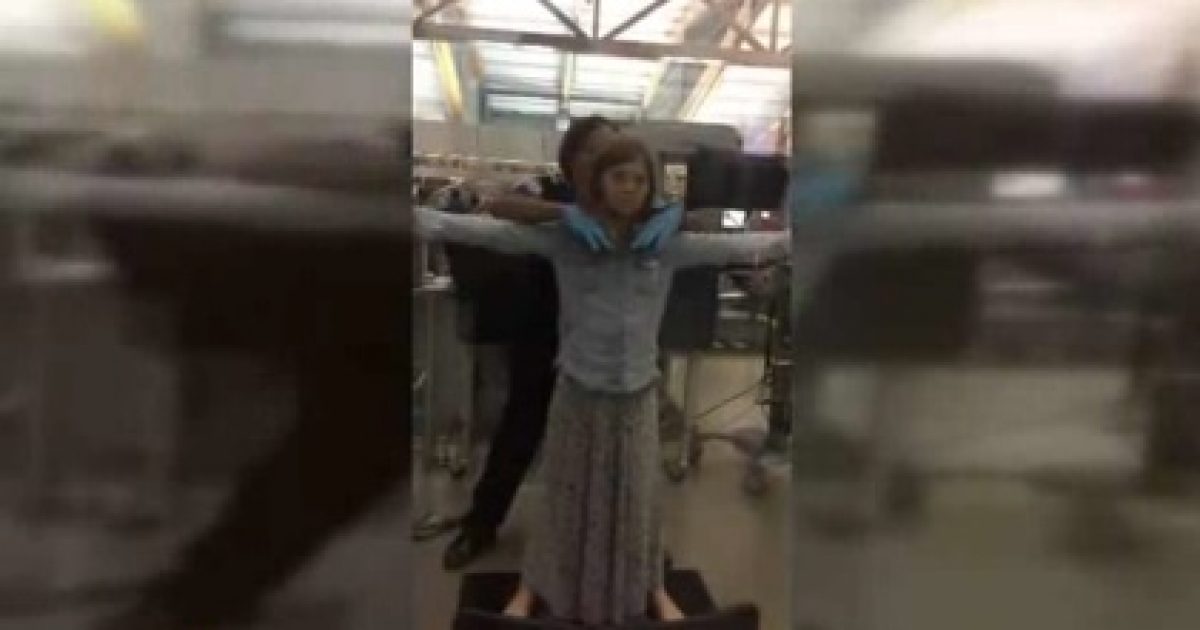 A father caught the TSA on video frisking his 10-year-old daughter for over 2 minutes.

The reason? Accidentally bringing a juicebox through security.

Beware of little girls bearing juice pouches? A California dad is livid after the discovery of a Capri Sun juice pouch in his 10-year-old daughter’s carry-on handbag led to an extensive frisking from a Transportation Security Administration agent – and he caught the entire uncomfortable encounter on video.

“Maybe the TSA agents were bad apples, maybe they were undertrained, maybe they need re-training, maybe they did everything by the book,” Kevin Payne, the girl’s dad, told WNCN. “I don’t really know. But it was an uncomfortable situation.”

Vendela Payne was subjected to the pat-down at Raleigh-Durham International Airport on Dec. 30 when an agent found the contraband juice container and a subsequent swab of the girl’s bag produced a false-positive for explosives. Liquids exceeding 3 ounces aren’t permitted in carry-on bags.

…During the more than 2-minute procedure, a female agent touches Vendela’s rear, chest and pelvic areas. The agent frisks the same areas numerous times during the lengthy process.

Seriously? The TSA missed 95% of weapons in an internal Department of Homeland Security test, but they stop to frisk the little girl with the juice box?

Surrendering civil liberties doesn’t necessarily make Americans safer, and there is no better reminder of that fact than the TSA. Just like any other federal bureaucracy, the TSA is bloated and unaccountable for their failures. They need to get their priorities straight, clean up their act, and fast.