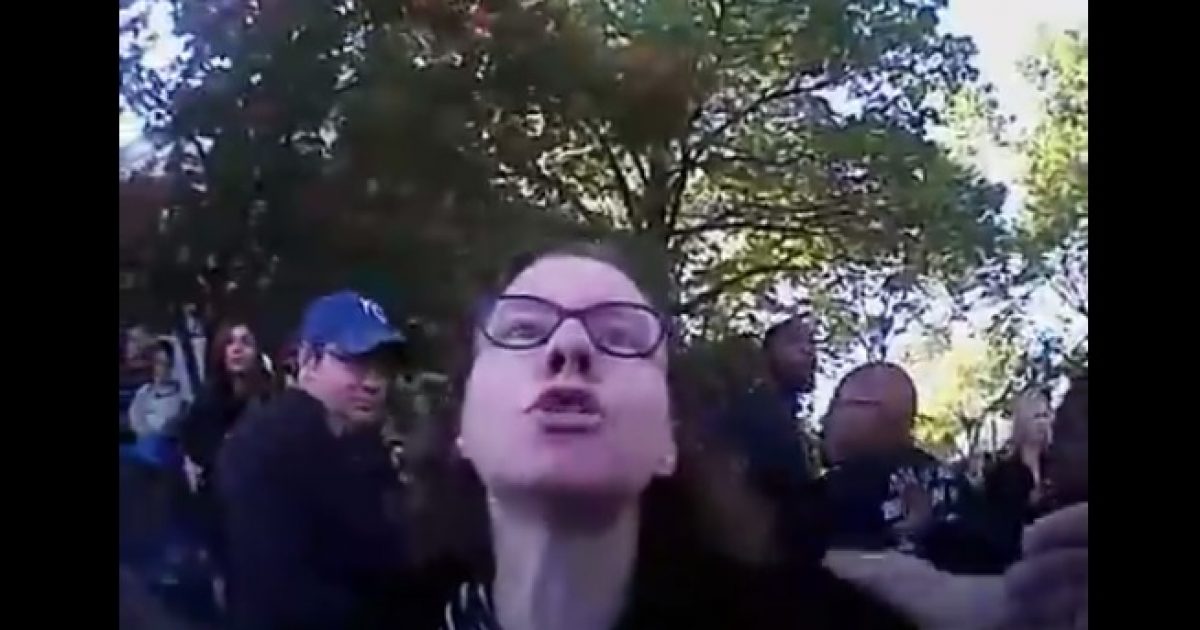 Remember the angry University of Missouri professor who was caught on video harassing and intimidating a young journalist last November?

Turns out, her outburst at the Mizzou protest last fall was not an isolated incident.

Professor Click has a pattern of throwing temper tantrums on campus, and police officers have the video to prove it.

Melissa A. Click, the University of Missouri professor who was caught on video threatening a student cameraman with mob violence for attempting to cover on-campus protests, also appeared in a previous video in which she is shown yelling and swearing furiously at police officers. This second video, unearthed by the Columbia Missourian, shows the taxpayer-funded professor screaming an obscenity-laced tirade during Mizzou’s Oct. 10 homecoming parade.

Click can be seen shrieking to cops to “get your hands off the children.” Then, she cusses at a cop who clutches her on the shoulder. “Get your fucking hands off me,” she says at one point, while generally exhibiting the same frantically furious behavior she flashed in the video that made her famous. Police body cameras captured the raw footage. Police were attempting to expel a group of protesters blocking the parade route.

You can watch the video from the incident here:

The University’s interim chancellor has denounced Professor Click’s aggressive outbursts, but what is it going to take to actually fire her?

Click was even charged with third degree assault for her physical altercation with the young journalist at the Concerned Student 1950 protest. Her only consequence was a suspension- with pay.

How many more times does Click have to embarrass the University before they send her packing?