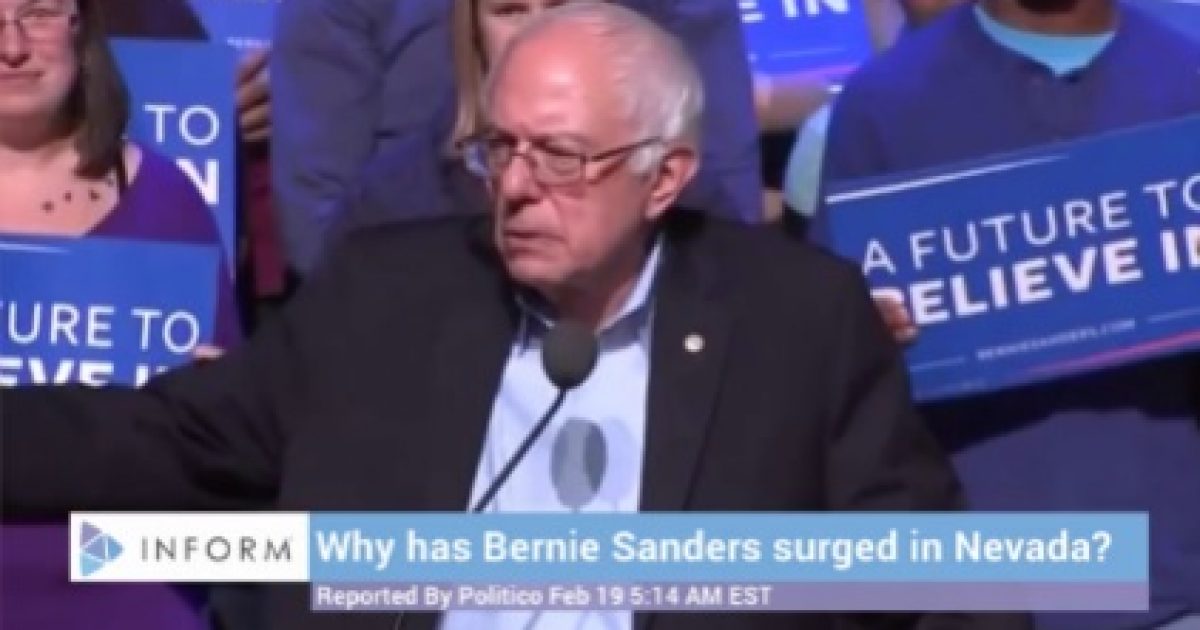 According to a new poll, an overwhelming majority (72%) of Democrats believe Bernie Sanders is a legitimate candidate who could win the general election.

The more Democrats learn about Bernie Sanders, the more they appear to like him. A greater percentage of Democratic registered voters view the Vermont senator as likable, honest, competent and compassionate than they did just two months ago, according to a new Associated Press-GfK poll. Seventy-two percent now believe he could win the general election, a 21 percentage point increase from the last time the survey was conducted in December.

The findings underscore the challenge facing Hillary Clinton as she enters the Democratic contest’s pivotal spring stretch, when primaries across the country mean that many of the party’s voters will finally get their say on her candidacy. Clinton’s campaign has argued that as voters learned more about his record, Sanders will begin to lose support. Instead, it seems that as Sanders has gotten more scrutiny, support for him has only grown. While Clinton continues to be the Democratic candidate who’s most well-liked within her own party, Sanders is gaining on her.

The South Carolina democratic primary is Saturday February 27, and already reports are predicting voter turnout in SC will be at a record high. Between now and then is the Nevada caucus this Saturday (2/20), in which Bernie Sanders and Hillary Clinton are in a dead heat.

Clinton holds a comfortable lead in South Carolina right now, but an upset in Nevada could quickly change the circumstances.