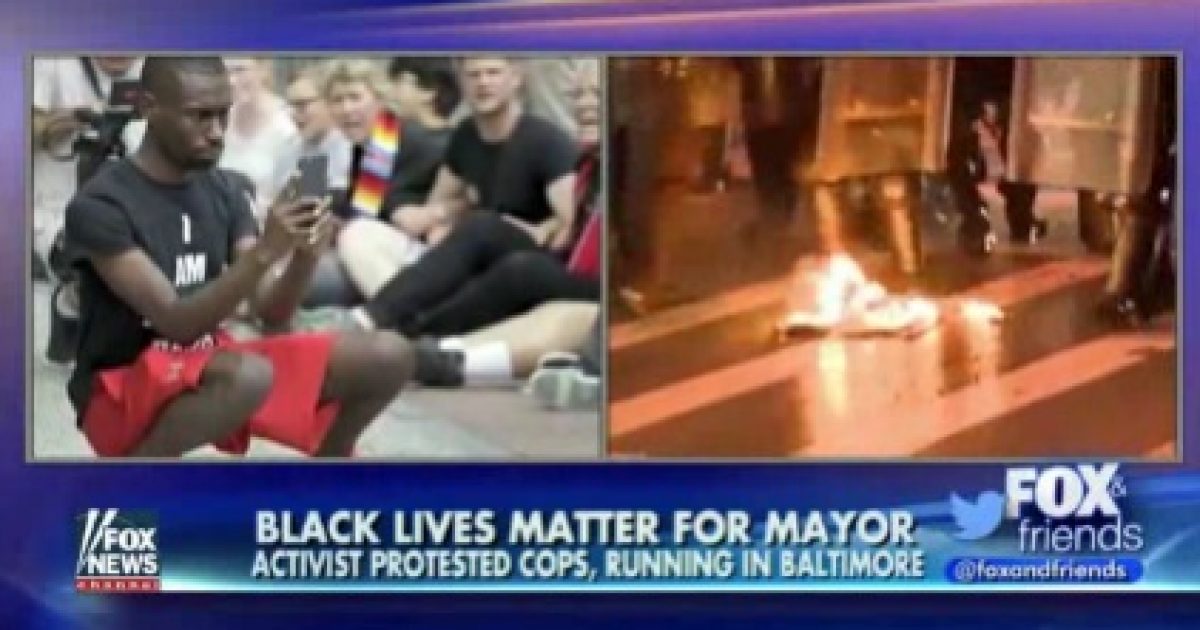 From protests and riots to political office…..

He claims to be a civil rights activist, but he’s really a race baiting protest leader in Baltimore who exploits the underprivileged to advance his own fame and bottom line.

Now he is running for mayor of Baltimore.

In a surprise move, civil rights activist DeRay Mckesson jumped into the already crowded contest for Baltimore mayor Wednesday night, shaking up the Democratic field minutes before the deadline to file.

“Baltimore is a city of promise and possibility,” the Black Lives Matter member told The Baltimore Sun. “We can’t rely on traditional pathways to politics and the traditional politicians who walk those paths if we want transformational change.”

He said he planned to release a platform within a week. He said it would include a call for internal school system audits to be made public. Mckesson was the 13th and final candidate to jump into the primary race. In deep-blue Baltimore, the Democratic primary has long determined the winner of the general election.

DeRay is a self-proclaimed “full time activist,” and holds no valuable skills for a position of governing.

However, National Review makes a good -if sarcastic- point on why we should hope DeRay wins:

Serving a term as mayor of Baltimore would be an excellent educational opportunity for Mckesson, and he needs it: The banality of his political prose is exceeded only by the banality of his political thinking, to the extent that we can call the products of his mind “thought.” He believes that serving as mayor without having come up through the regular political channels would present him with the opportunity to put into place a progressive agenda unsullied by what has come before. What he is not quite clever enough to understand is that most of his ideas were put into place 40 years or more ago in Baltimore, Cleveland, Detroit, etc., and that what we see there is not the absence of progressive leadership but the result of it.