According to the Daily Signal:

According to data published by the IRS and the U.S. Census Bureau, 44.2 percent of U.S. residents paid no federal income tax in 2013 (the most recent year for which data is available).

No doubt many of the non-payers would willingly pay income tax in exchange for the chance to work in a more dynamic economy that generated more and better jobs. But our labor market has been hobbled by government regulations, cronyism, government power grabs, a tax code nobody understands, and federal waste.

… An astounding 33.67 percent of tax returns are filed only to claim benefits while not paying any income tax. That is up from 18.64 percent in 1990. 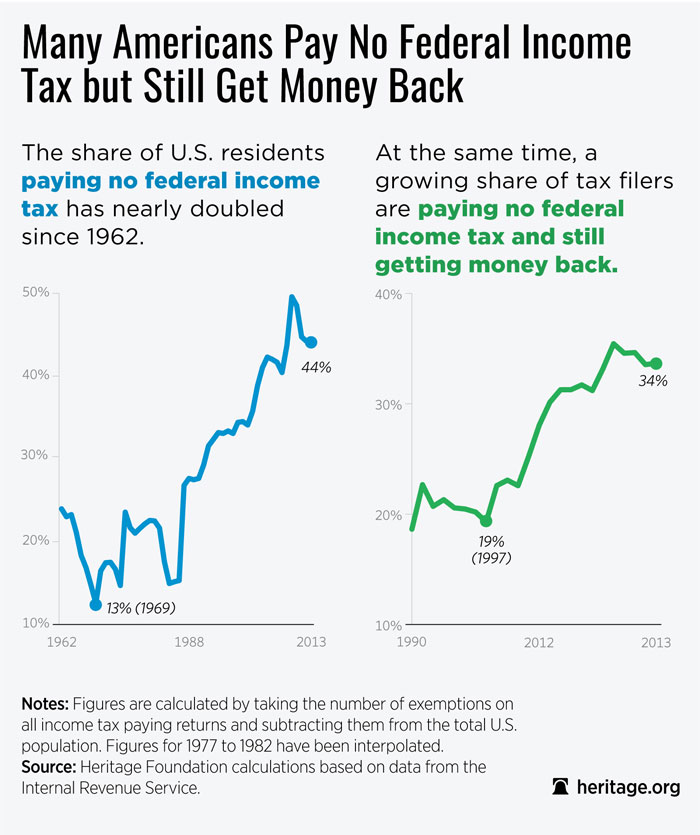 Over-regulation and over-taxation have bled businesses dry, destroying jobs and leaving Americans struggling to make ends meet. Rather than fixing the root of the problem, government grows bigger and more complicated every year with promises of giving its citizens something for nothing.

Wake up America! Until we shrink the size of government and lessen the burdens of taxes and regulation on small businesses, we can only expect these trends to continue.