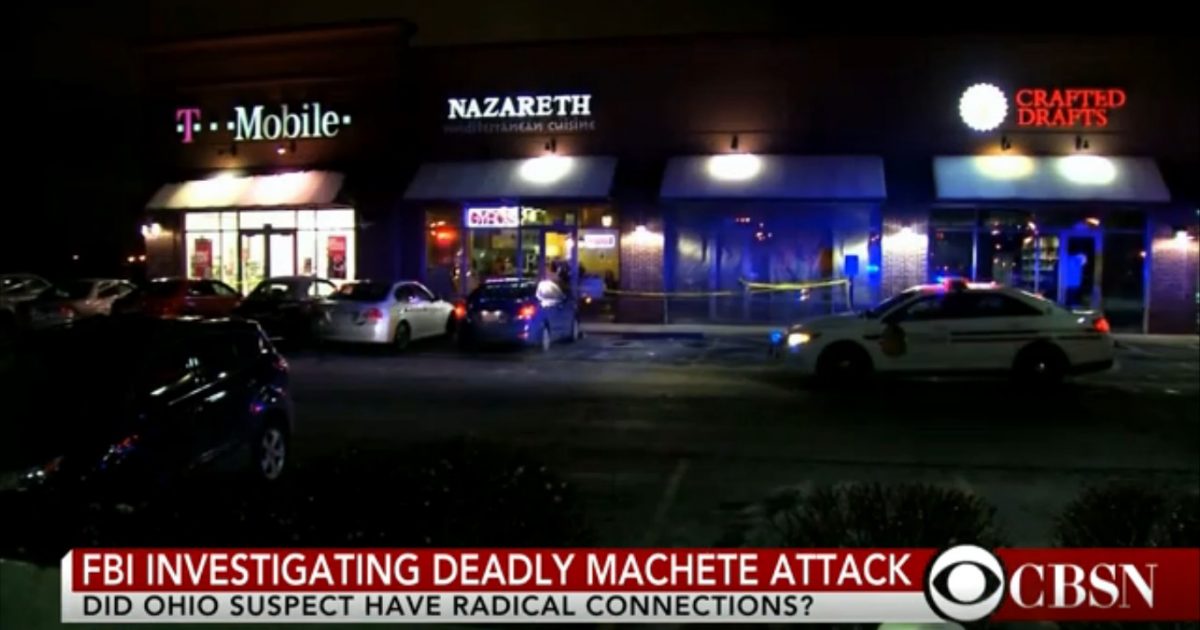 It might be time to ban machetes, folks. But first, let’s talk about political correctness. Again.

A Muslim man by the name of Mohammad attacked a restaurant in Ohio known as “Nazareth” which is owned by Arabic Christians who display a small Israeli flag at their front door. We probably can’t call this one workplace violence. Maybe Mohammad was ticked they forget to put the mayo on the side?

Oh, and did we mention the attacker is originally from Guinea, West Africa? Probably just a coincidence that Guinea’s population is over 84% Muslim and that a man named Mohammad, from Guinea, attacked a restaurant owned by Arab Christians who support Israel. Because, religion of peace and all that jazz.

According to Fox News,

Law enforcement sources close to the investigation into a machete attack at an Ohio restaurant told Fox News Friday that federal authorities are investigating the incident as a potential lone wolf terror attack.

FBI investigators have not yet found any evidence to suggest the attack was directed by Islamic State or any other foreign terror organization, but federal authorities are still running down the possibility that Mohammad Barry was inspired by terrorist propaganda.

Columbus police identified Barry, 30, as the attacker at Nazareth Restaurant and Deli. Barry entered the restaurant Thursday night and wounded four patrons before being killed by police in a confrontation a few miles away.

It’s unclear what motivated Barry’s attack, but it appears he was known to the FBI.

Possibly inspired by terrorist propaganda. Already flagged by the FBI. But… we’re unclear what motivated the attack.