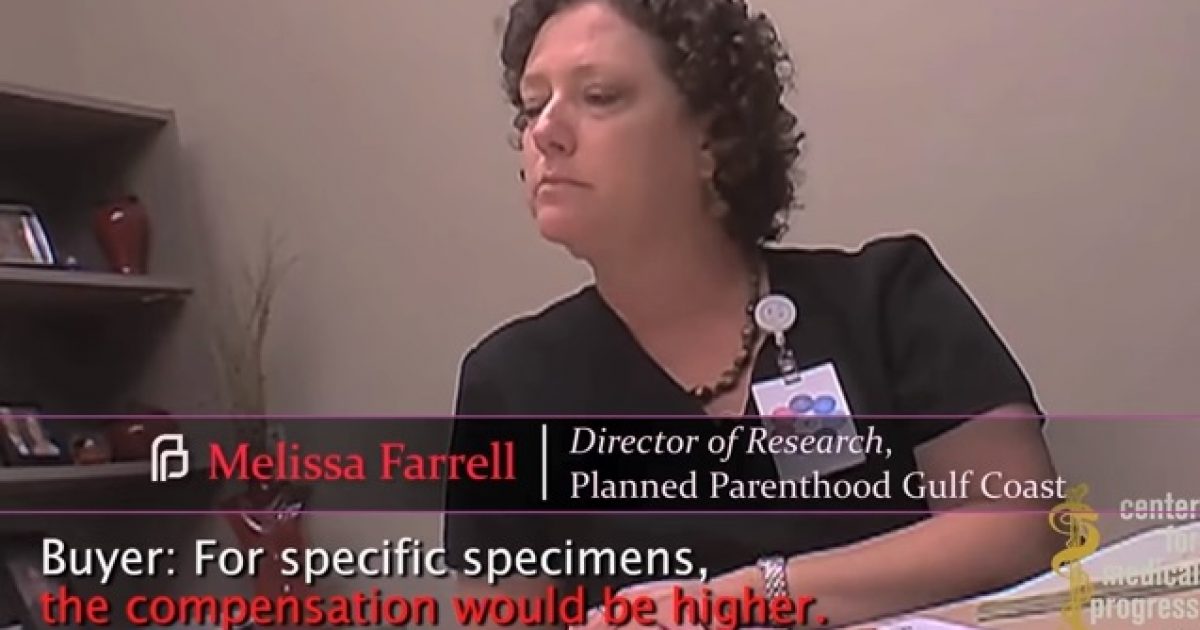 While none of the Planned Parenthood locations caught on video by the Center for Medical Progres (CMP) have denied their statements were true, they have explicitly denied any financial benefit from the trade of fetal body parts.

When the series of undercover videos was initially released, the VP of Communications for Planned Parenthood of America Eric Ferrero issued a statement saying:

There is no financial benefit for tissue donation for either the patient or for Planned Parenthood. In some instances, actual costs, such as the cost to transport tissue to leading research centers, are reimbursed, which is the standard across the medial field.

But the latest video released by the CMP has raw footage that proves otherwise. In other words, Eric Ferrero and Planned PArenthood are flat out liars.

A new video released by the Center for Medical Progress (CMP) appears to show how Planned Parenthood uses accounting gimmicks to hide profits created through the sale of body parts of aborted babies. A financial benefit “is what staff and management need to see,” says an executive at a Planned Parenthood facility in Texas.

“We had two levels of invoicing for them. We had it worded as ‘per consent,’” explains PPGC Director of Research Melissa Farrell. In the video, Farrell states “per consent” is the phrase used in PPGC budgeting in place of “per specimen” for fetal tissue. Farrell discusses that while a woman may consent to supply her aborted baby’s tissue, the specimen itself may not be useable for experimentation.

“There’s probably some situations where somebody would consent and then just not, we didn’t get a sample, or she changed her mind, or something happened to the specimen,” she says, adding, “Now obviously, we don’t want to end up paying for material that we can’t use,” and suggests that there be a line item fee or “something else that represents the specimens.”

“I just don’t want it to turn into a situation that is not financially beneficial for you,” says Merritt.

These admissions are stunning and disgusting. Planned Parenthood should not be funded by our tax dollars- they shouldn’t even be allowed to keep their doors open. And the people caught on video should be walked away in handcuffs for profiteering at the expense of unborn children and attempting to cover it up afterwards.

Watch the disturbing video for yourself here: