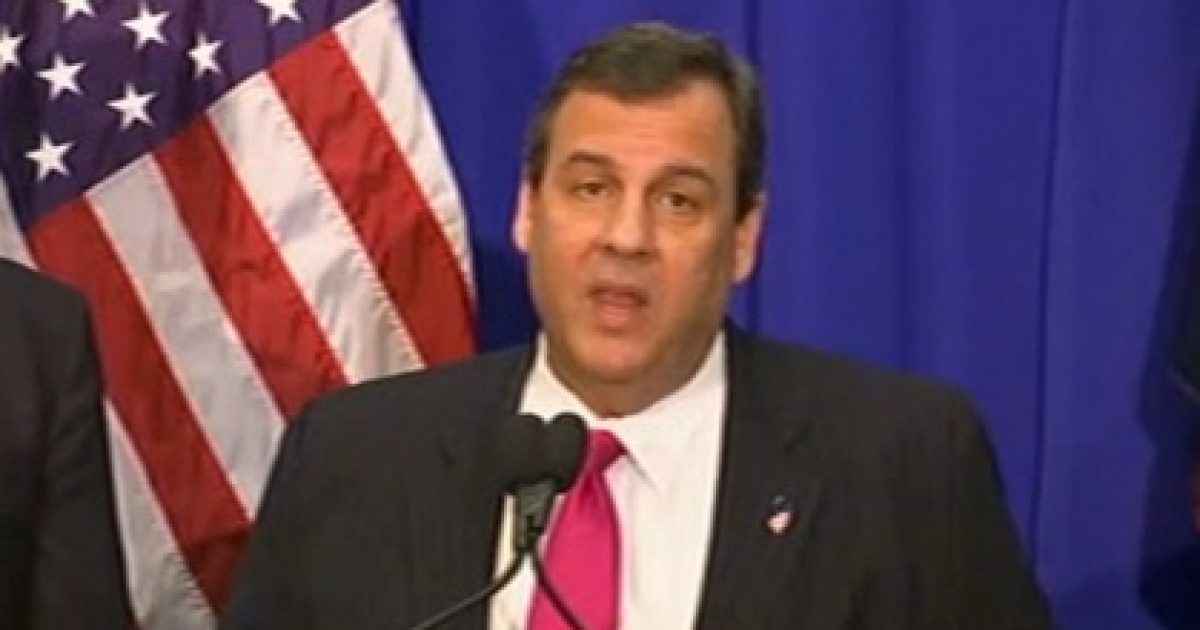 In a shocking move, NJ Governor Chris Christie just endorsed GOP front runner Donald Trump for President of the United States. He made the endorsement at a press conference in Texas, and will be appearing with Trump at numerous campaign stops leading up to November.

New Jersey Gov. Chris Christie offered a surprise endorsement to Donald Trump on Friday, saying there is no one better prepared to lead the country or defeat former Secretary of State Hillary Clinton should she become the Democratic nominee.

“I am proud to be here to endorse Donald Trump for president of the United States,” the New Jersey Republican told reporters at a press conference in Texas. “The best person to beat Hillary Clinton on that stage last night is undoubtedly Donald Trump.”

Christie is the first of Trump’s former rivals for the Republican nomination to endorse the billionaire presidential candidate, who has now won three out of four primary contests and is increasingly viewed as the most likely candidate to become the GOP nominee. The endorsement gives him an establishment endorsement and once again Trump has stolen the news cycle from his primary opponent Florida Sen. Marco Rubio.

Governor Christie has attacked Donald Trump’s character numerous times in the past year. In fact, Politico has compiled a list of just 8 of them here.

This is not the same Governor Christie we saw even 1 short month ago.

What do you think the primary motivator was behind Christie’s endorsement? Do you think he cut a deal with The Donald?

Let us know your theory in the comments!