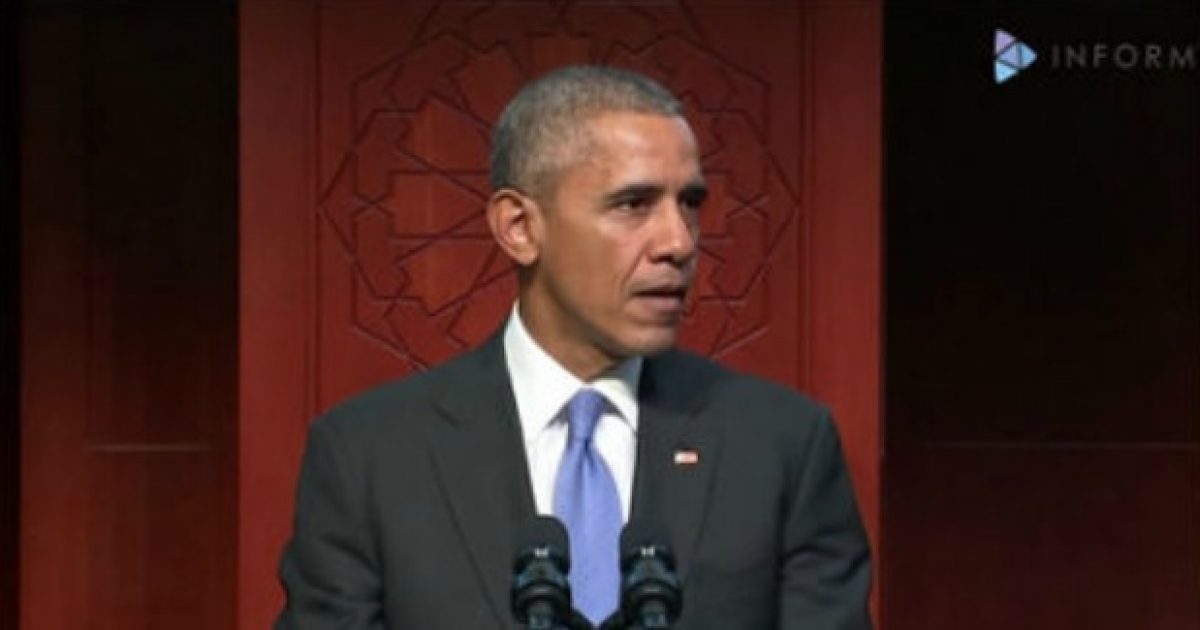 President Obama waited until a day after the Iowa caucus to make his first visit of his presidency to an American mosque.

President Barack Obama sought Wednesday to correct what he called a “hugely distorted impression” of Muslim-Americans as he made his first visit to a U.S. mosque. He said those who demonize all Muslims for the acts of a few are playing into extremists’ hands.

Inserting himself into a debate that has ricocheted in the presidential campaign, Obama told parishioners at a mosque outside Baltimore that he’d heard from young Muslims worried they’ll be rounded up and kicked out of the country. He said Muslims, too, are concerned about the threat of terrorism but are too often blamed as a group “for the violent acts of the very few.”

“We’ve seen children bullied, we’ve seen mosques vandalized,” Obama said, warning that such unequal treatment for certain groups in society tears at the nation’s fabric. “That’s not who we are.”

…”We have to understand: An attack on one faith is an attack on all our faiths,” Obama said. He said it fell on all Americans to speak up.

Meanwhile, the rise of anti-semitism is surging worldwide (by nearly 40% in 2014 alone) and at home in the United States, especially on college campuses.

In 2014, the Anti-Defamation League (ADL) broke down the number of crimes against Jews by state. Here’s what they found:

Obama has also visited a synagogue, but only when it was politically convenient for him.