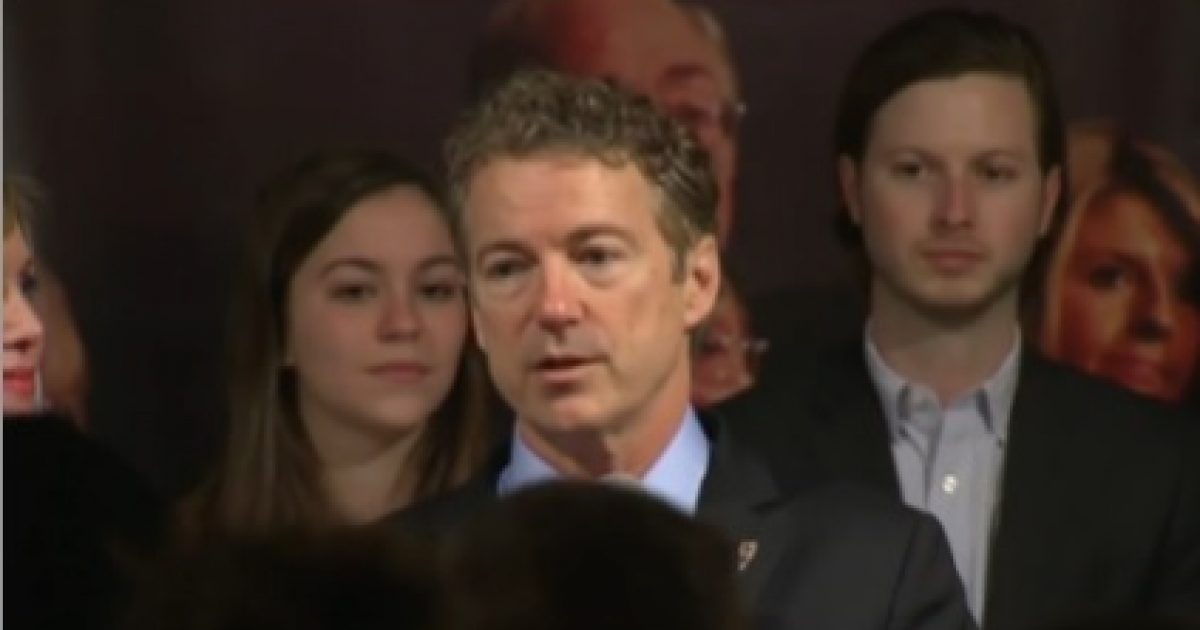 Another candidate in the GOP presidential primary race bites the dust.

Kentucky Sen. Rand Paul suspended his Republican presidential campaign on Wednesday, after finishing fifth in the leadoff Iowa caucuses. Though Paul actually exceeded expectations in the Iowa contest, Fox News is told he did not believe his campaign had the momentum to build upon going into the New Hampshire primary next week. The libertarian-leaning senator made the decision official in a brief statement.

“Across the country thousands upon thousands of young people flocked to our message of limited government, privacy, criminal justice reform and a reasonable foreign policy. Brushfires of Liberty were ignited, and those will carry on, as will I,” he said.

“Although, today I will suspend my campaign for President, the fight is far from over. I will continue to carry the torch for Liberty in the United States Senate and I look forward to earning the privilege to represent the people of Kentucky for another term.”

Sen. Rand Paul had -by far- the most turbulent interactions with primary opponent Donald Trump than anyone else on the debate stage. Do you think his clashes with Trump ended up hurting Rand Paul in the end?