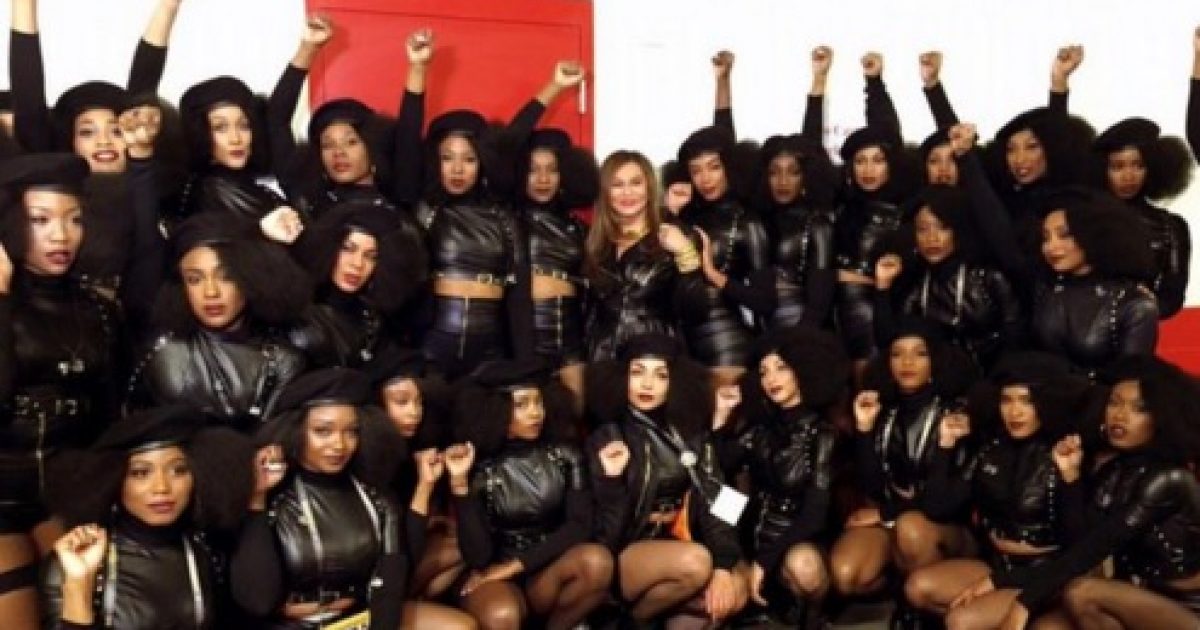 This year marked the 50th Super Bowl, but it wasn’t the only anniversary being celebrated in Levi’s Stadium.

Beyonce’s portion of the halftime performance was a not-so-subtle tribute to the 50-year anniversary of the formation of the Black Panthers.

Beyonce is capturing attention for controversial political messages that were embedded in her Super Bowl 50 halftime show on Sunday night, with critics and fans debating over her dancers presumably being dressed like Black Panthers and making a black power salute. Performing her new song “Formation,” Beyonce and her dancers were dressed in all black, wore black berets and, at one point, positioned themselves in an “X” on the field — something that some observers said was done in reference to Malcolm X, the Daily Mail reported.

One of the dancers was seen after the performance supposedly making a black power salute while holding a sign that read “Justice 4 Mario Woods,” as she was surrounded by other dancers who were doing the same salute. … In fact, the music video for “Formation,” the song which she performed during the halftime show, has some calling for boycotts. The video shows Beyonce sitting and standing on what appears to be a police car submerged in water.

Beyoncés dancers in black berets at #SB50 paying homage to the Black Panthers 50 years after their #formation in '66 pic.twitter.com/YXpzBkkm6s

Watching football (or any sport for that matter) allows Americans a break from the constant hum of politics during an election year.

Political statements have a time and place, but come on, Beyonce- not during the halftime show of the Super Bowl.

You can watch the provocative performance here: