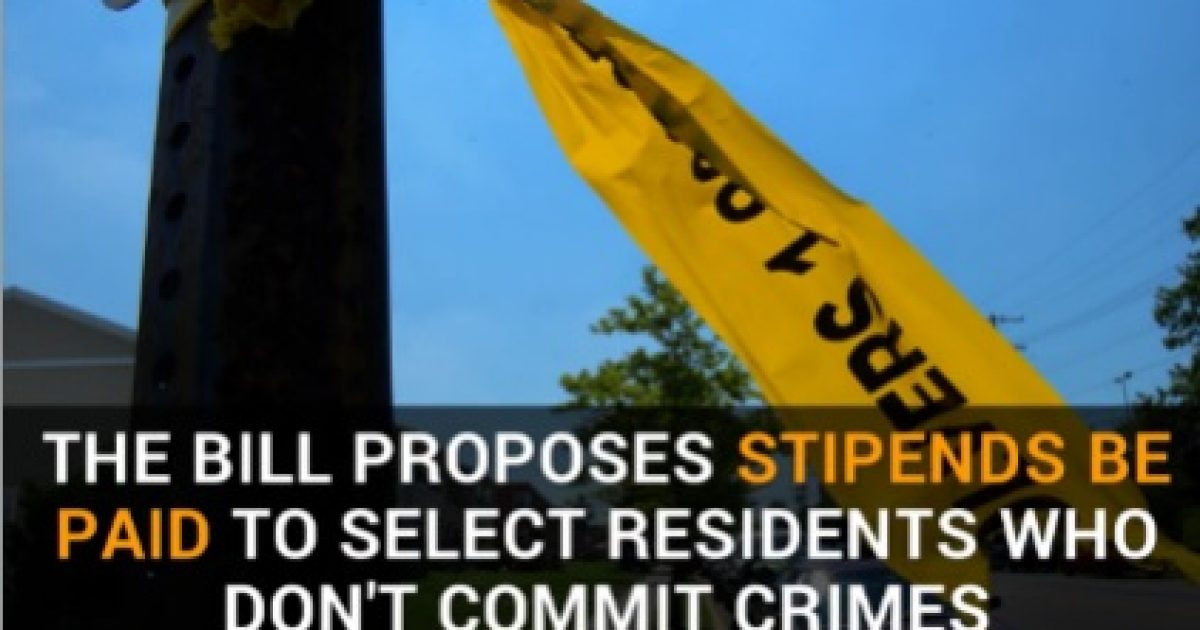 The District of Columbia city council is apparently taking a page from John Kerry’s “let’s bribe Iran to behave” playbook. They voted unanimously to approve a bill that would pay their own residents a stipend to not commit crimes.

That’s right- a financial reward for simply following the law.

The D.C. Council voted unanimously Tuesday to approve a bill that includes a proposal to pay residents a stipend not to commit crimes. It’s based on a program in Richmond, California, that advocates say has contributed to deep reductions in crime there. Under the bill, city officials would identify up to 200 people a year who are considered at risk of either committing or becoming victims of violent crime. Those people would be directed to participate in behavioral therapy and other programs. If they fulfill those obligations and stay out of trouble, they would be paid.

The bill doesn’t specify the value of the stipends, but participants in the California program receive up to $9,000 per year. Councilmember Kenyan McDuffie, a Democrat who wrote the legislation, said it was part of a comprehensive approach to reducing violent crime in the city, which experienced a 54 percent increase in homicides last year. Homicides and violent crime are still down significantly since the 2000s, and even more so since the early 1990s when the District was dubbed the nation’s “murder capital.”

There is no guarantee the program will be funded as of right now:

…Democratic Mayor Muriel Bowser has not committed to funding the program, which would cost $4.9 million over four years, including $460,000 a year in stipend payments, according to the District’s independent chief financial officer. Without the mayor’s support, it would be up to the Council to find money for it through new taxes or cuts to existing programs. The program would be run independently of the police department, and participants would remain anonymous. Its goal would be to recruit people who are at risk of violence but don’t have criminal cases pending.

I’ve heard the expression “stop throwing money at the problem,” I just didn’t think the D.C. city council would take it so literally.

Giving a stipend to individuals for not committing crimes just creates an incentive for people to present themselves as a risk to the community. Why work to become a productive member of society, when it’s so much easier to get paid for doing the bare minimum?

It’s also extremely demoralizing for the members of the community who are working hard to provide valuable services to their neighbors and families. What’s the point of being good, when crime literally pays?