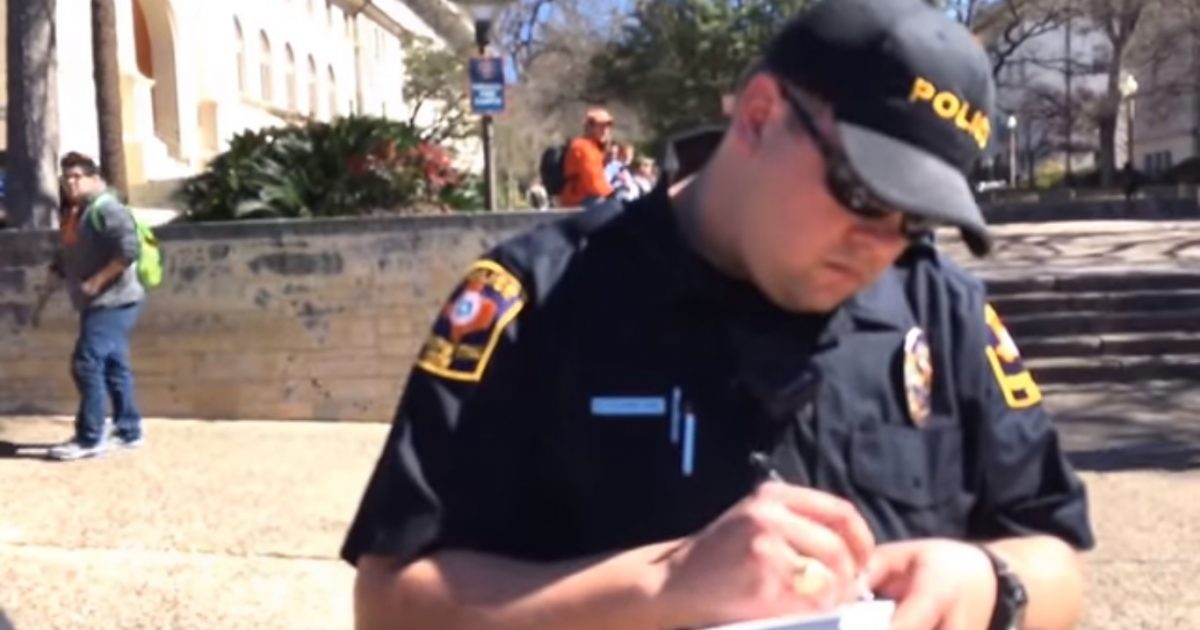 An intern with Campus Ministry USA was issued a citation for preaching deemed “offensive” near the University of Texas Austin campus. (Not on the campus. Near the campus.)

The officer which issued the warning explained to the intern that it’s now “illegal” to “offend” people.

The University of Texas at Austin police department issued a citation for disorderly conduct to an outdoor preacher after students complained that the Christian’s words offended them — despite the fact that they were not even on campus.

“It doesn’t matter about freedom of speech, someone was offended,” said the officer . “That’s against the law.”

When Joshua asked if offensive words trump free speech, the officer said that the law is strictly fines speech that triggers people.

A lawyer representing Joshua called the chief of police, who apologized to the preacher and withdrew the citation. A UT spokesman said the officer who originally responded to the complaint is still in his training process.

To make matters more disturbing was a Joshua was challenging the officer on his the merits of the citation a more senior officer said that citations against speech are handed out all the time.

Friendly reminder: our Constitution guarantees us freedom of speech. It doesn’t guarantee that we’ll never be offended, nor does it say that other people can’t think or believe differently than we do. That’s what makes America great – our individual freedoms to life, liberty (including freedoms of religion and speech, etc.), and the pursuit of happiness. And if we lose our freedoms here – Reagan was right – there’s nowhere else in the world left to go.