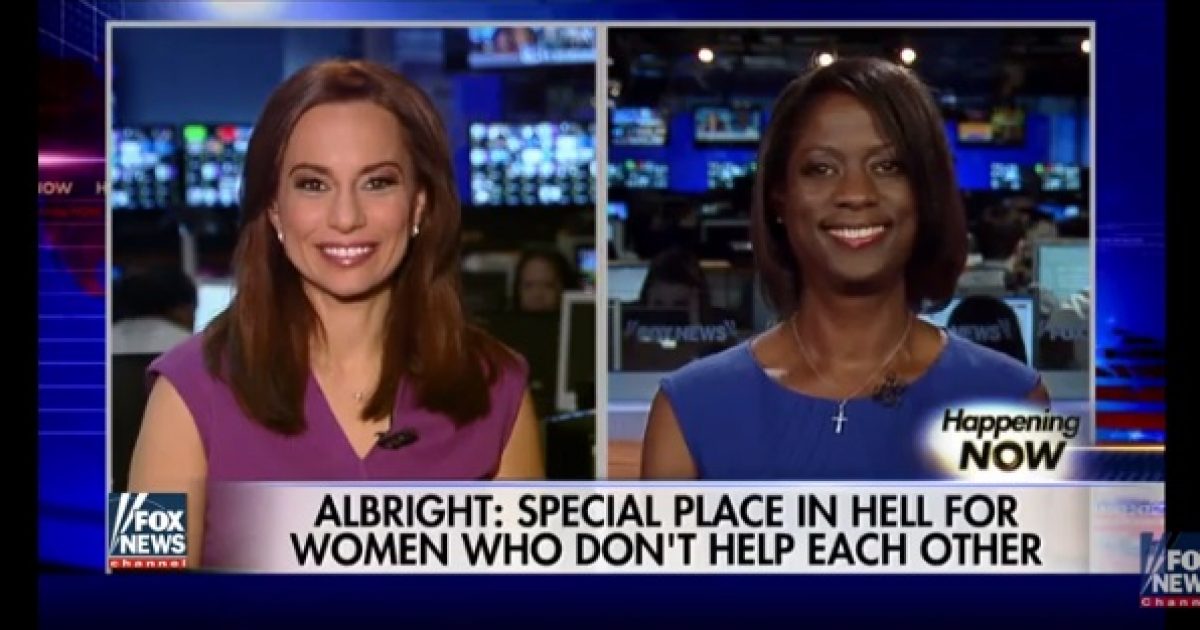 This may come as a shock, but I actually agreed with a progressive feminist (Julie Roginsky) during one of my recent Fox News segments.

What did we agree on? Former Secretary of State Madeleine Albright and Gloria Steinem’s recent comments on young female voters were sexist and demeaning towards all women.

Former Secretary of State Madeleine Albright scolded young women during a Clinton campaign event saying, “There’s a special place in hell for women who don’t help each other.”

Gloria Steinem also took a shot at young women in a television interview saying, “When you’re young, you’re thinking, ‘Where are the boys?’ The boys are with Bernie.”

Such insulting and sexist comments will not sway voters and hanging her hopes on old-school feminists is a sign of Hillary’s desperation. In the year of the anti-establishment candidate, the problem with Hillary is that she is part of the establishment and her base does not find her likable or trustworthy.