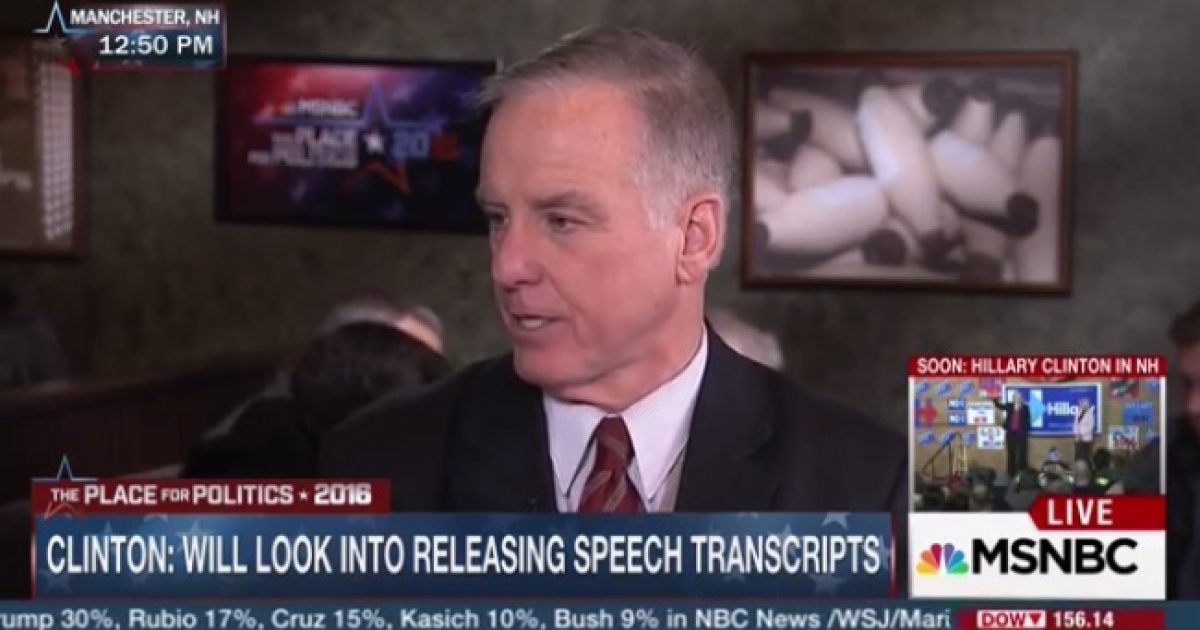 I don’t say this often, but Republicans owe Howard Dean a big thank-you.

Finally an outspoken progressive admitted out loud what Republicans knew to be true all along: unions are little more than a political money-funneling machine for the Democratic Party.

Former Vermont Gov. Howard Dean isn’t a very good surrogate for Hillary Clinton. The failed 2004 presidential candidate threw labor unions under the bus during an interview on MSNBC on Friday while making a feeble attempt to defend Clinton against criticism over the millions of dollars she has earned on the corporate speech-making circuit.

“Why does Hillary Clinton have to put up with a double standard?” complained Dean, who served as chair of the Democratic National Committee after his failed presidential bid. “I don’t hear anybody asking Bernie Sanders for his transcripts for some speech he made with a labor union,” Dean continued.

He then took aim at Sanders’ frequent campaign stump claim that he does not receive money from super PACs, which have become a target of progressives who support campaign finance reform. Dean said that the statement is inaccurate since the 74-year-old candidate receives money from labor unions.

“For Bernie to say that he doesn’t have a super PAC, labor unions are super PACs. Now they’re super PACs that Democrats like, so we don’t go after labor unions,” asserted Dean, who is perhaps most famous for a maniacal scream he made following a third-place finish in the Iowa caucuses in 2004.

Here are the real takeaways of Dean’s brief moment of candor: