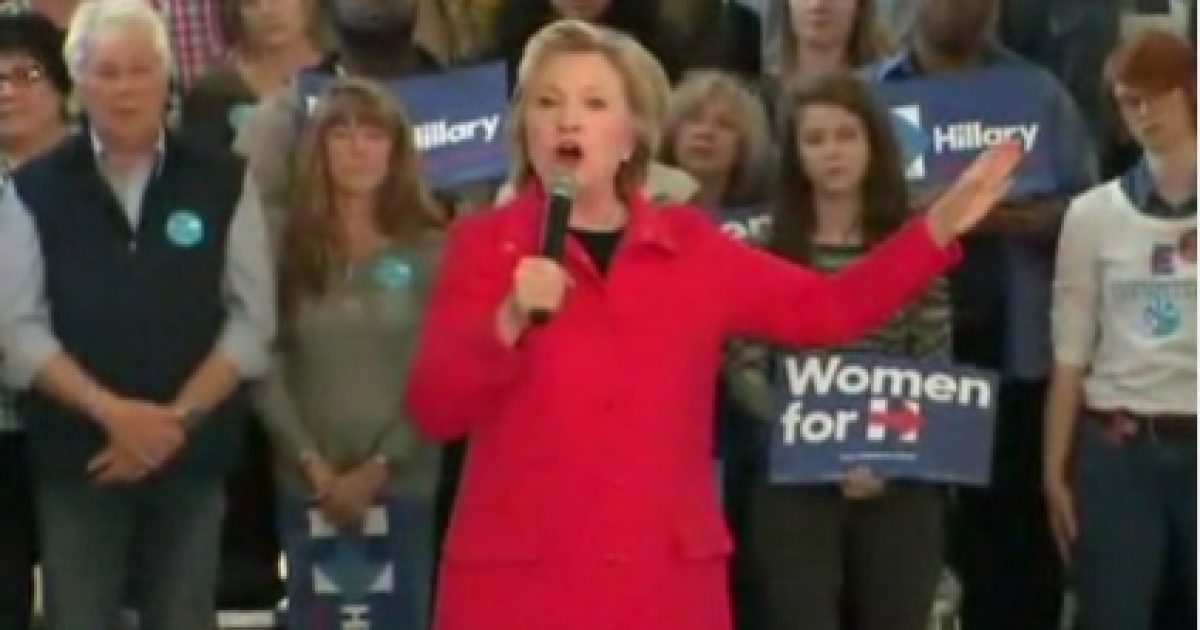 Did you hear the one about the lying politician who panders to voters by complaining about how politicians lie?

The 2016 presidential race has gone to the dogs for being messy on both sides of the aisle, but Democratic candidate Hillary Clinton took it to the next level on Sunday. Speaking at a campaign event in Reno, Nevada, Clinton literally barked liked a dog four times while criticizing Republicans for, in her opinion, not telling the truth, citing the claim by some in the GOP that the 2007-2008 financial crisis was caused by overregulation.

“[Republicans] actually, with a straight face, say that the great recession was caused by too much regulation on Wall Street. They actually say that,” Clinton told a crowd of supporters.

“I’ve supported my husband [Bill Clinton] through all of his races in Arkansas,” Clinton said. “And one of my favorite, favorite political ads of all time was a radio ad in rural Arkansas where the announcer said, ‘Wouldn’t it be great if somebody running for office said something, we could have an immediate reaction as to whether it was true or not. Well, we have trained this dog. Well, the dog, if it is not true, he is going to bark.’ And the dog was barking on the radio and so people were barking at each other for days after that.”

“I’m trying to figure out how we can do that with the Republicans. We need to get that dog and follow them around and every time they say these things like, ‘Oh, the Great Recession was caused by too much regulation,’ arf, arf, arf, arf,” Clinton said, imitating a barking dog and drawing laughs from the audience.

We could have the magic truth dogs follow the Clintons around as well, but they might need to take shifts and rest from barking so much.

In case you missed it, you can watch Hillary’s dog show here: