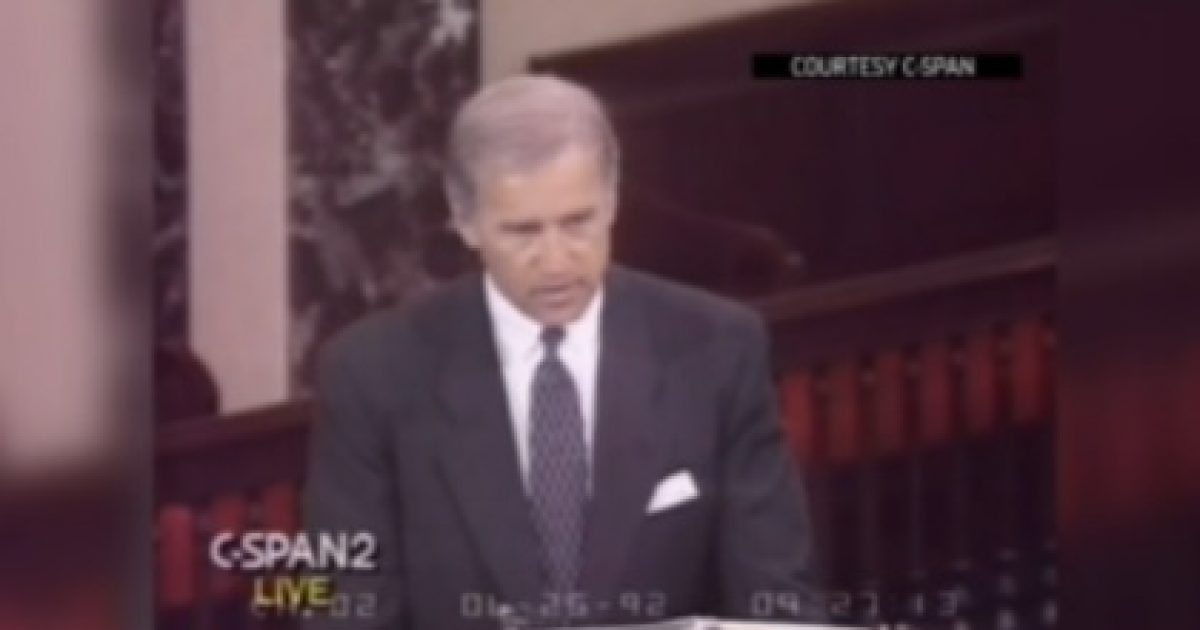 Just like The New York Times, Vice President Joe Biden opposed an election-year Supreme Court nomination years ago when it stood to hurt Democrats, but supports the idea now that the political tables have turned.

Vice President Joe Biden has criticized Senate Republicans’ plan to prevent President Obama from filling the vacancy on the Supreme Court after Justice Antonin Scalia’s death, saying in an interview last week that he thinks Republicans “don’t believe” the strategy “makes sense.” But when he was chairman of the Senate Judiciary Committee in June 1992, Biden suggested Democrats should “seriously consider” not holding confirmation hearings for a Supreme Court nominee put forward by President George H.W. Bush if a justice were to retire in the final months of the presidential election year.

“The Senate Judiciary Committee should seriously consider not scheduling hearings on the nomination, until after the political campaign season is over,” Biden said in a floor address on June 25, 1992, about reforming the Supreme Court confirmation process.

Biden claimed that his proposal was not “an attempt to save the seat on the Court in the hopes that a Democrat will be permitted to fill it,” a charge Democrats have leveled at Republicans over the past week. He also said the cost of keeping the court split 4-4 would be “quite minor” compared to the “bitter fight” that would ensue if the president tried pushing through a nominee.

Progressive values change direction depending on which way the wind is blowing. As I have said before, every principle they claim to hold is situational, depending on whether or not it would benefit the Democratic Party.

Biden is of course trying to downplay his 1992 remarks, but the video speaks for itself. Busted!