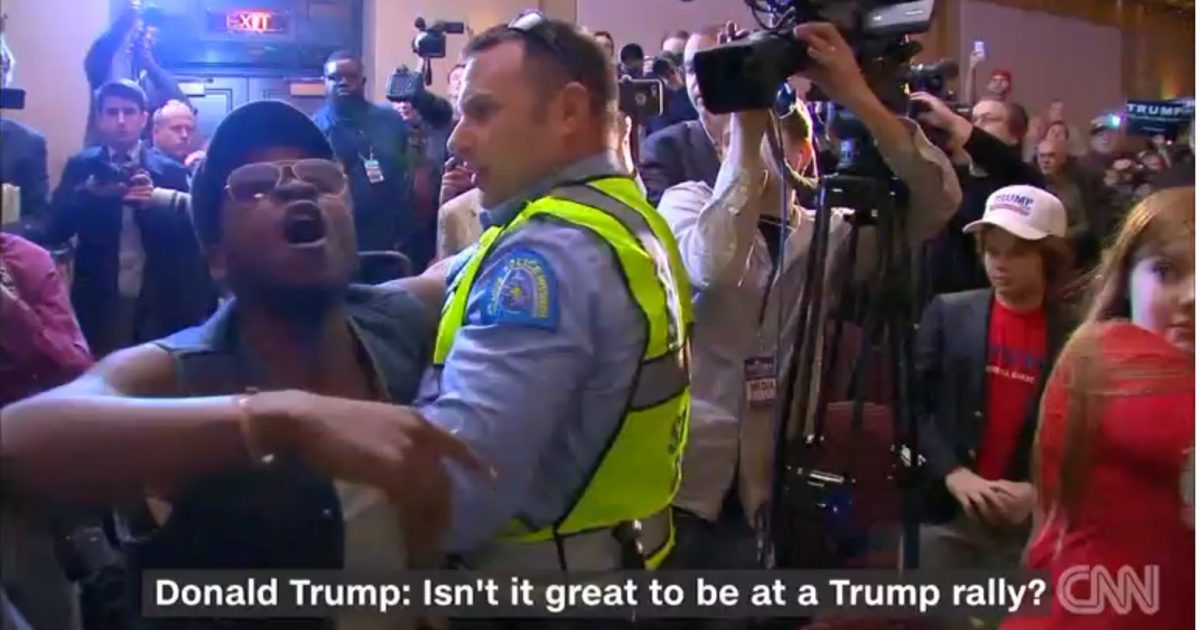 Trump added that these protesters should be arrested.

Donald Trump on Saturday called for protesters who disrupt his rallies to be arrested, one day after altercations and protests forced him to cancel a campaign rally in Chicago.

The comments capped a tumultuous day on the campaign trail in which a demonstrator rushed a stage where Trump was speaking.

Trump also accused Bernie Sanders’ supporters of sowing unrest at his events and the GOP front-runner refused to back down from his rhetoric that some have cited as the cause of heightened tension at his rallies.

Trump’s call to arrest protesters came at a campaign event in Kansas City, Missouri, where he was repeatedly interrupted at the beginning of his address.

Emotions are clearly running high and it’s likely that disruptions at Trump events will continue.