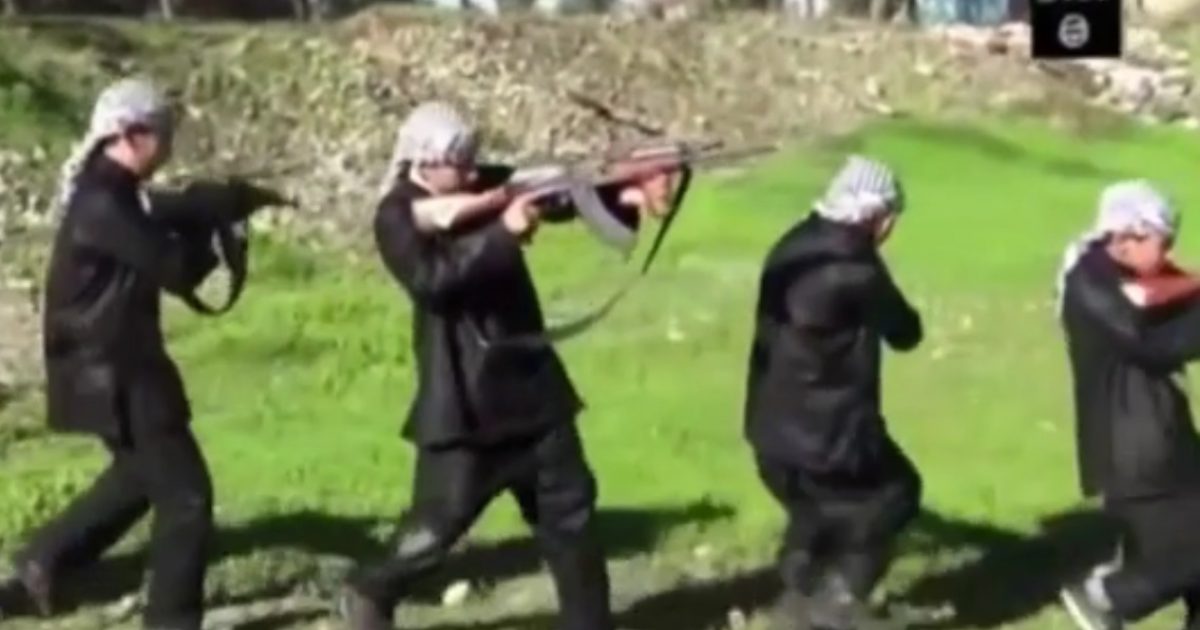 Quilliam, a London counter-extremism thinktank has investigated ISIS recruitment and indoctrination tools for children and released a stunning report: as many as 50 children from the UK are growing up in Islamic State-controlled territory. This is due to the fact that the terrorist organization has assembled an estimated 30,000 foreign recruits, including more than 800 Britons, in Syria.

ISIS focus for these new recruits is especially rigorous for children, who are being indoctrinated from birth in an effort to create “purer” ISIS fighters. This purity is obtained by study of Muslim doctrines, subjection to videos of murder and other ISIS brutalities, and weaponry training.

The goal? A new wave of ISIS spies, preachers, soldiers, “executioners” and suicide bombers. The Guardian released an article on a soon to be released study, Children of the Islamic State:

“The organisation … focuses a large number of its efforts in indoctrinating children through an extremism-based education curriculum, and fostering them to become future terrorists. The current generation of fighters sees these children as better and more lethal fighters than themselves, because rather than being converted into radical ideologies they have been indoctrinated into these extreme values from birth, or a very young age.”

Not having been corrupted by living according to secular values, they are considered purer than adult fighters. “These children are saved from corruption,” states the study, “making them stronger than the current mujahideen [fighters] because they have a superior understanding of Islam from youth and from school curriculum and are better and more brutal fighters as they are trained in violence from a very young age”.

“The aim is to prepare a new, stronger, second generation of mujahideen, conditioned and taught to be a future resource for the group,” the report adds. “The area of most concern is that Islamic State is preparing its army by indoctrinating young children in its schools and normalising them to violence through witnessing public executions, watching Islamic State videos in media centres and giving children toy weapons to play with.”

But perhaps the scariest part of all,

The authors conclude that Isis also appears to have studied the Nazi regime, which created the Hitler Youth to indoctrinate children. The UN has received credible but unverified reports about an Isis youth wing, Fityan al Islam, meaning boys of Islam.