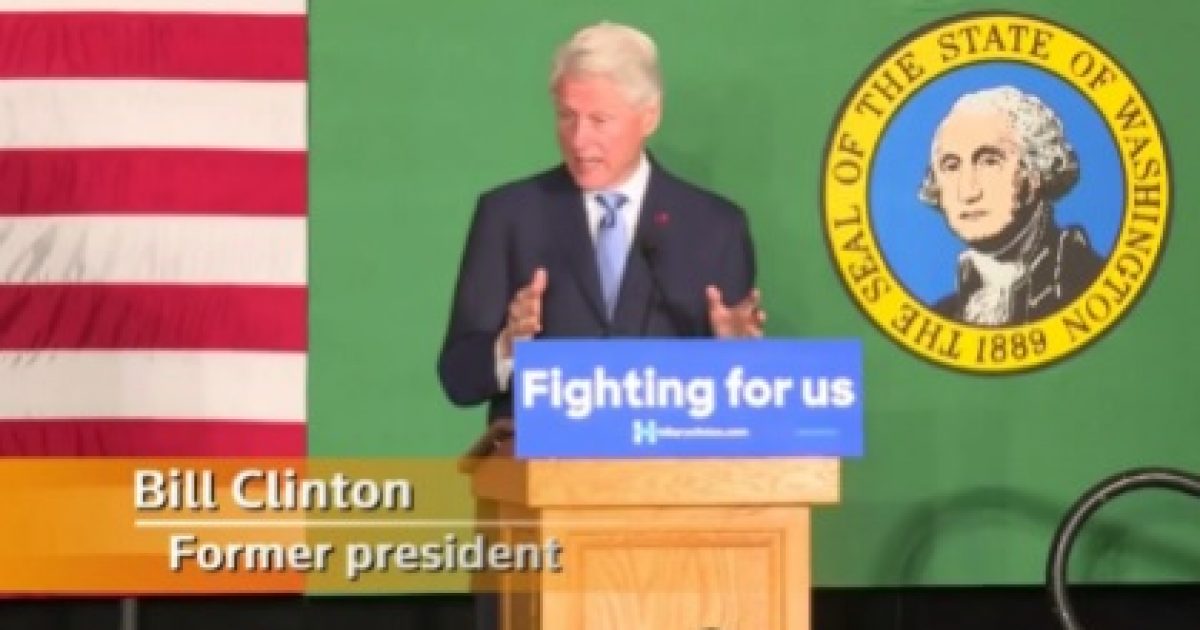 During a speech on the campaign trail, former President Bill Clinton had some harsh words for Barack Obama’s presidential legacy, calling the last 8 years “awful.”

Former President Bill Clinton, stumping on behalf of his wife in Washington state on Monday, urged people to vote for Hillary Clinton “if you believe we’ve finally come to the point where we can put the awful legacy of the last eight years behind us.”

…  *Update: An aide to Bill Clinton says the legacy he was referring to was Republicans’ obstructionism.

“When Republicans controlled the White House, their trickle-down approach drove our economy to the brink of a collapse. After President Obama was elected, Republicans made it their number one goal to block him at every turn,” spokesman Angel Urena said in a statement. “That unprecedented obstruction these last eight years is their legacy, and the American people should reject it by electing Hillary Clinton to build on President Obama’s success so we can all grow and succeed together.”

Do you think this was a gaffe, or do you think Bubba criticized the Obama White House on purpose? It’s no secret that the Clinton’s and the Obama’s are not the best of friends. Perhaps Bill Clinton is simply working to distance Hillary Clinton from the failures and broken promises of the current administration….

If so, good luck with that.