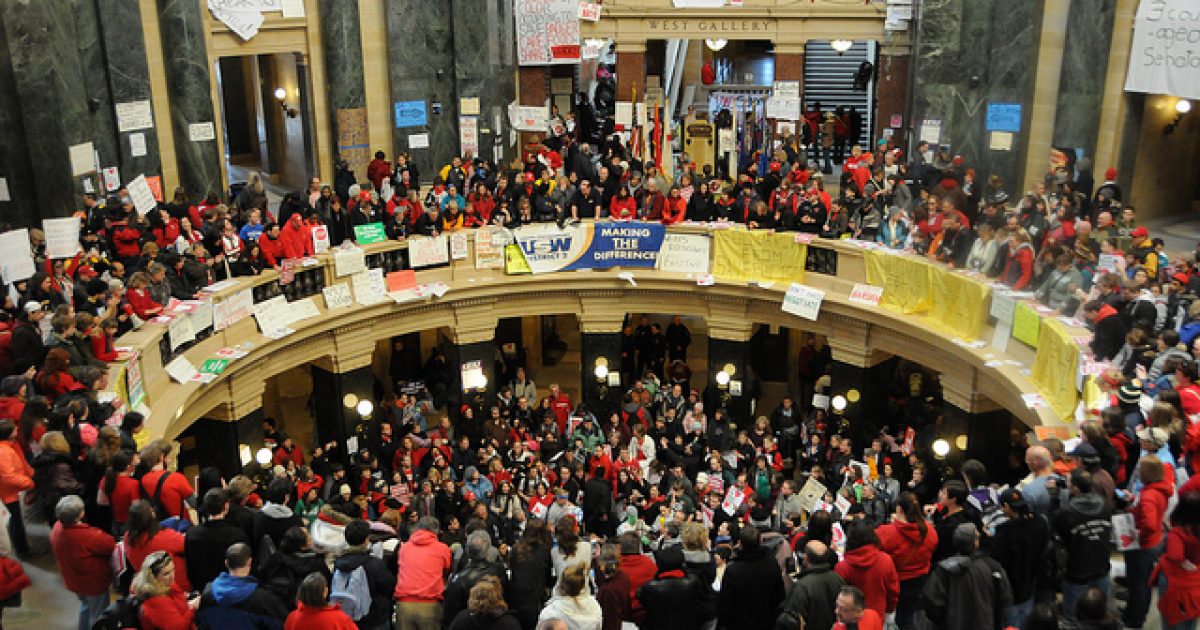 So much for “Right to Work.”

The Northern Engraving Corp. is reportedly ignoring -and flat out rejecting- requests from its members to leave the union, despite its legal obligation to let them go.

Several employees at Northern Engraving Corp, a Sparta, Wisc.-based manufacturer, filed unfair labor practice charges against the company and International Association of Machinists Lodge No. 1771 for preventing them from resigning their union membership after Wisconsin became the nation’s 25th right to work state in 2015. They say that both parties ignored or dismissed their requests to cut ties with the union.

“Within the past six months Charging Party and other employees have sent the Union and the Employer letters resigning from the Union and its affiliates and revoking their dues check off authorizations,” the complaint says. “All such letters and the requests therein have been rejected or ignored, and dues continue to be deducted from the Charging Party’s and other employees’ wages.”

The employees filed the charges with legal assistance from the National Right to Work Legal Defense Foundation. They allege that the company and union have continued to remove portions of the workers’ wages despite their right to opt out of the union. The workers contend that their membership in the union is “no longer valid,” since right to work laws bar employers from making union participation a condition of employment.

This isn’t negligence, this is bullying and theft. The Northern Engraving Corp. needs to return the stolen wages to its ex-members and free them from coerced membership. Then the state should prosecute the union bullies for theft.

Laws mean nothing if they are not enforced. Wisconsin needs to take this violation seriously, and set an example by prosecuting this union harshly.