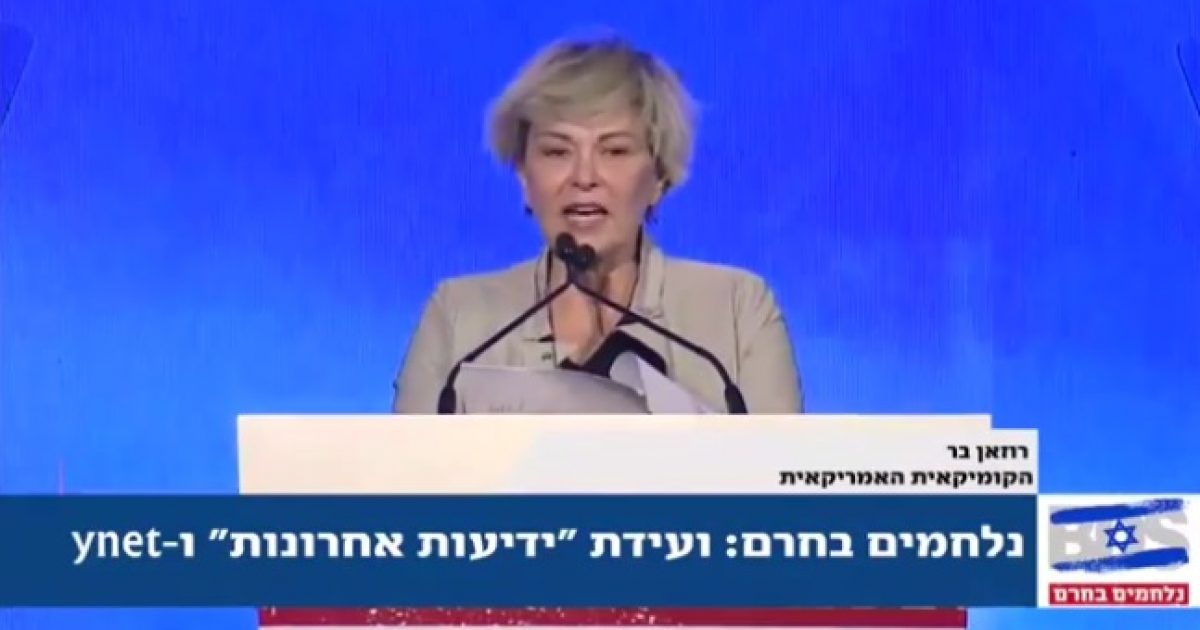 Conservatives, you’d better sit down for this one. You actually agree with Roseanne Barr on a political issue. Maybe two.

Speaking at a conference in Jerusalem Monday on how to combat efforts to boycott Israel, Barr said, “Everything I’d ever believed about the left was severely shaken, and the scales began to fall from my eyes in many ways.”

“I had to admit that many of those I considered comrades were naked bigots who had absolutely no interest in peace between Israel and Palestinians Arabs at all as I did,” said Barr, who has become an outspoken advocate of Israel on social media. “It was shocking to realize that what I considered criticism of Israel many, many times gave way to the garden variety anti-Semitism that I’d heard all of my life, which is basically the code-word ‘Rothschild’” Barr said, referring to the well-known banking family of Jewish origin often used in anti-Semitic memes.

The Jewish comedian who was raised in Salt Lake City described the Boycott, Divestment and Sanctions movement against Israel as “fascist.”

She also went after the double standards of intolerance that plague higher education campuses and disproportionately intimidate and isolate Jewish students.

“BDS [members] do not want peace, nor do they want peace negotiations,” she said.She described American universities as “BDS factories” that are “anti-truth,” and blasted the common occurrence on U.S. campuses where pro-Palestinian activists try to shout down and silence speakers whose opinions they don’t like. “The truth is they work very hard to silence their opponents’ points rather than to engage in civil communication and dialogue that leads to the actual redress and employment of solutions which might actually work for the everyday people at risk. But to absolute fascists, negotiation means losing,” she said.

While it will still be a while before I applaud Roseanne Barr on her politics, it’s better late than never.

I’m glad the notorious Hollywood liberal has finally come to her senses when it comes to supporting Israel and protecting freedom of speech on campus. It’s also refreshing to hear someone admit with humility that they were wrong on an issue, and changed their mind accordingly to side with the truth. Good for her. Now let’s talk to her about the tax code….