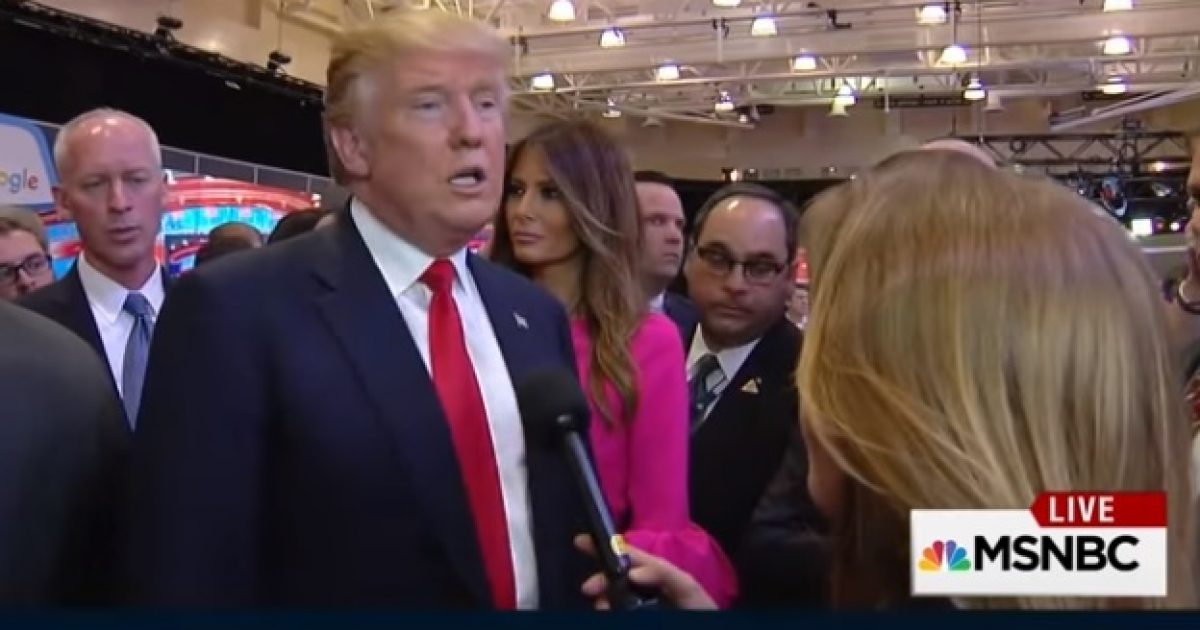 As security parted the masses to give him passage out of the chandelier-lit ballroom, Michelle Fields, a young reporter for Trump-friendly Breitbart News, pressed forward to ask the Republican front-runner a question. I watched as a man with short-cropped hair and a suit grabbed her arm and yanked her out of the way. He was Corey Lewandowski, Trump’s 41-year-old campaign manager.

Fields stumbled. Finger-shaped bruises formed on her arm. “I’m just a little spooked,” she said, a tear streaming down her face. “No one has grabbed me like that before.”

Fields tweeted out a picture of her bruises, tagging Trump and Lewandowski:

I guess these just magically appeared on me @CLewandowski_ @realDonaldTrump. So weird. pic.twitter.com/oD8c4D7tw3

What does the GOP frontrunner have to say about the whole ordeal?

“I don’t know anything about it,” Trump said, when asked about it by NBC’s Katy Tur. “I can tell you Corey’s just an incredible guy. I don’t think he would ever do a thing like that, and we were surrounded. I believe I was in the middle of a lot of Secret Service agents, and they all said they never saw anything, and these are very honorable guys … Nobody saw anything, and to the best of my knowledge, there’s no pictures.”

This is the latest of a string of criticisms Trump received about promoting an environment of hostility towards protestors and members of the media.

Do you think Fields is overreacting, or is Trump not reacting enough?