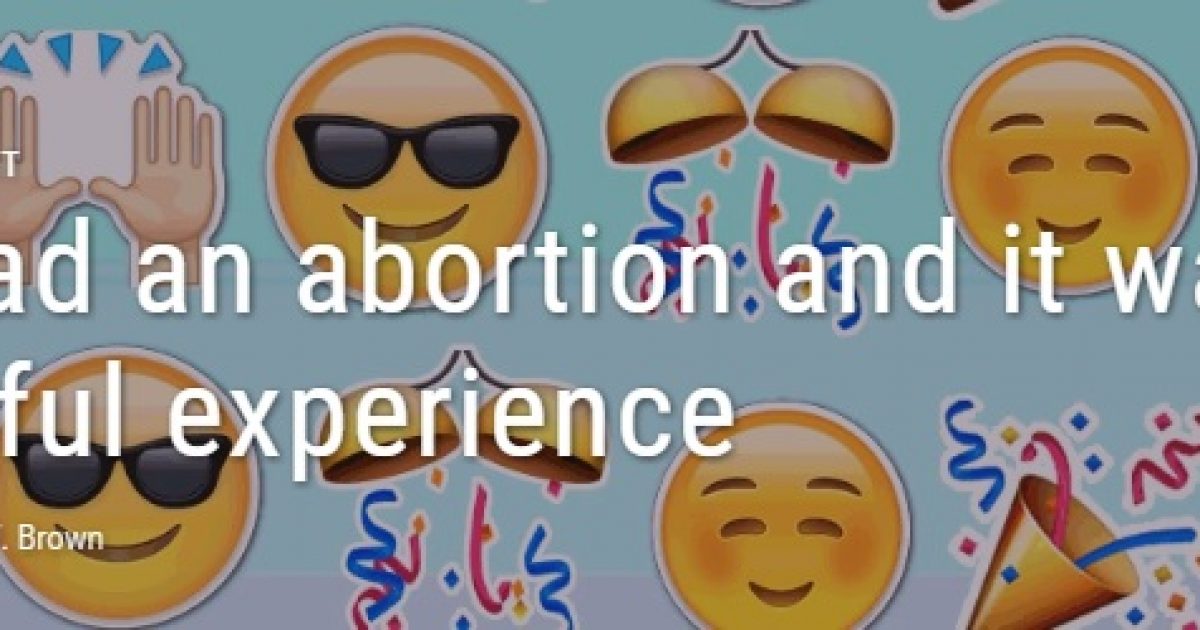 Some things are just too disturbing to put into words, you just have to let the action speak for itself.

Enter Kristen V. Brown, a blogger who recently wrote a really twisted op-ed about a night of heavy drinking, having sex with a glorified stranger, and then aborting away the consequences of that night.

Kristen V. Brown’s Fusion piece titled, “I Had an Abortion and It Was a Totally Joyful Experience,” recounted how she became pregnant while on birth control — an experience that terrified her, considering that she had no money at the time and barely knew the father. “I had just finished grad school and moved upstate from New York City to Albany to start a year-and-a-half long newspaper fellowship. I didn’t have friends, but I did have an OkCupid account,” Brown wrote. “I met a nice enough guy there, and we dated for a few weeks, until he bought a house and a puppy and made clear that he was rapidly heading toward settling down.”

But she said that they had dinner a few weeks later and ended up spending the night together. “We parted ways, but a few weeks later, on yet another friendless Friday night, I asked him out to dinner. I drank too much. I don’t especially remember how, but we wound up back at his place,” Brown wrote. “I do remember asking him to wear a condom. I also remember being too out of it to effectively protest when he declined.”

She continued, “The next day, I made an appointment for an STD test, blocked his number, unfriended him on Facebook, and sincerely hoped to never see him again.”

…“Becoming pregnant was a grief and a blackness,” Brown said. “Getting an abortion was just a relief.” She concluded, “I wouldn’t call that dark or painful. Actually, I think I would call it a joy.”

The actual blog post on Fusion.net is decorated with emojis of smiley faces, champagne, confetti, and high-fives.

No recognition that by having an abortion, she terminated a human life. No sense of responsibility for that human life she brought into the world, and then killed when she didn’t feel up to the task. Instead, looking at murder as an “empowering” experience with a disgustingly cavalier attitude, as if shouting to the internet world, “I kill babies, hear me roar! High five!”

May God somehow find a way to forgive her deeply dark and disturbed soul, because I know I can’t.