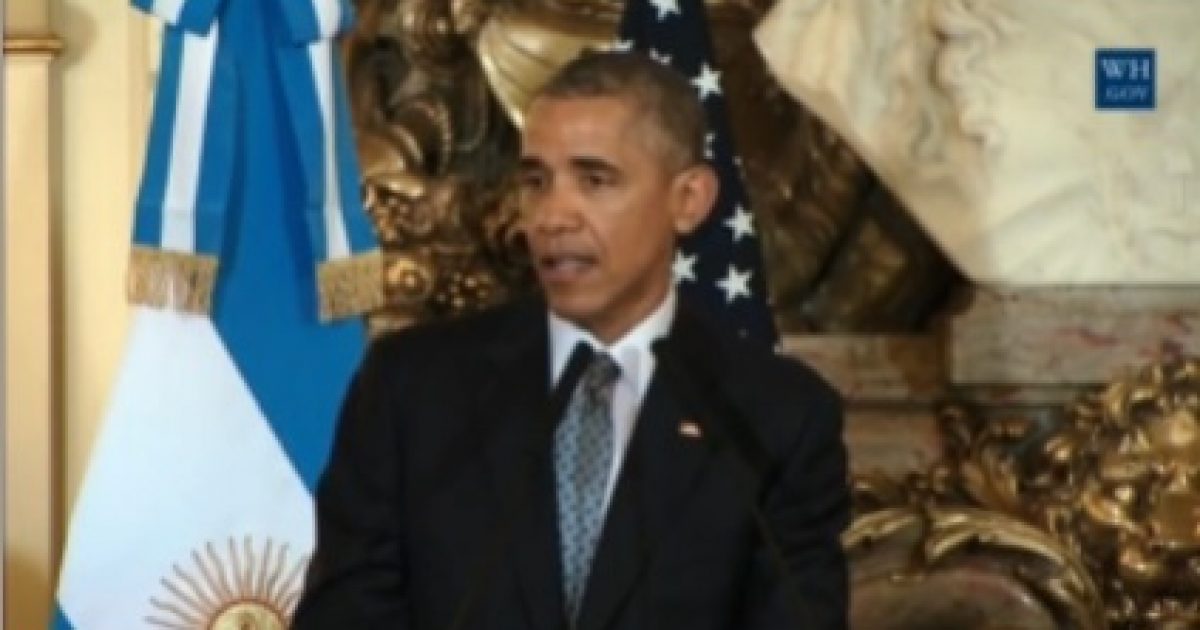 Cubans could not buy or sell their own homes until 2011. They could not purchase a cell phone until 2008. They still have extremely censored access to the internet (some of the strictest in the world) and state-run media.

But in President Obama’s eyes, there is not much of a difference between capitalism and communism.

President Obama told a group of young people in Argentina not to worry about the differences between capitalism and communism and “just choose from what works.”

“So often in the past there’s been a sharp division between left and right, between capitalist and communist or socialist,” the president said Wednesday during a Young Leaders of the Americas Initiative town hall meeting in Buenos Aires. “And especially in the Americas, that’s been a big debate, right? Oh, you know, you’re a capitalist Yankee dog, and oh, you know, you’re some crazy communist that’s going to take away everybody’s property.

“And I mean, those are interesting intellectual arguments, but I think for your generation, you should be practical and just choose from what works. You don’t have to worry about whether it neatly fits into socialist theory or capitalist theory — you should just decide what works,” Mr. Obama continued. “And I said this to President Castro in Cuba. I said, look, you’ve made great progress in educating young people. Every child in Cuba gets a basic education — that’s a huge improvement from where it was. Medical care — the life expectancy of Cubans is equivalent to the United States, despite it being a very poor country, because they have access to health care. That’s a huge achievement. They should be congratulated.”

That’s right- Obama had the gall to mock the idea of taking private property away, right after visiting a nation that actually DID that until about 5 years ago. Even now, Cuba restricts property ownership to 1 permanent residence and 1 holiday home.

I would like to hear Barack Obama tell the people who fled Cuba for the United States that communism is just an “intellectual argument.” Communism has destroyed economies and killed millions of people around the world.

He is completely clueless.