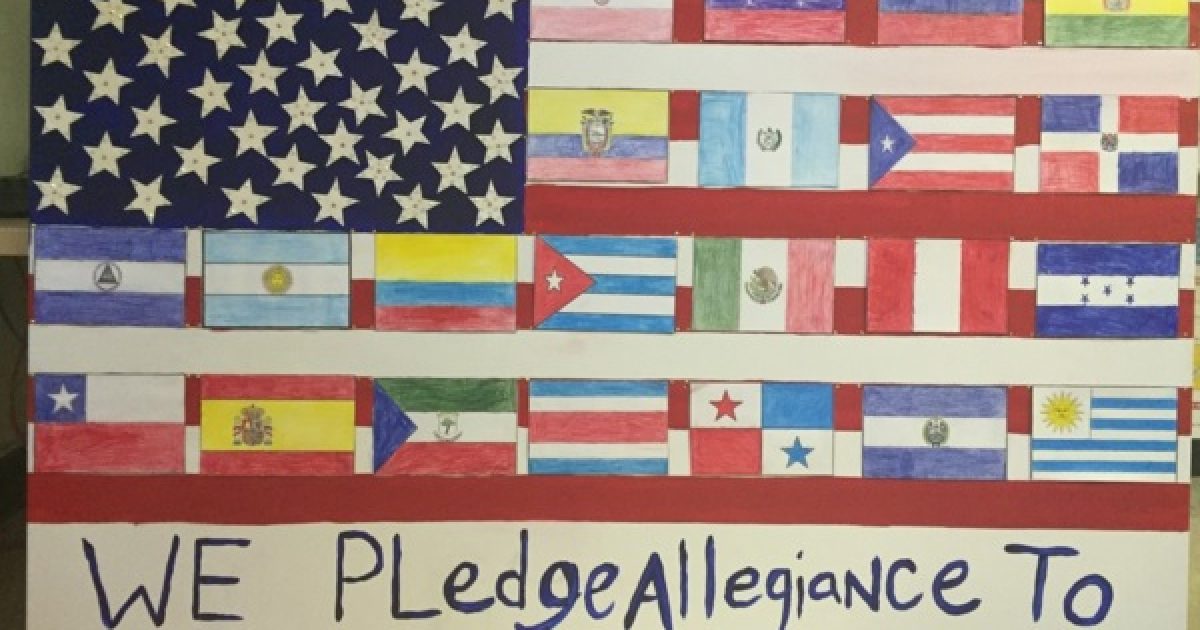 This is absurd. Public school students at  PS75 in New York City were instructed to pledge allegiance to a flag…. an international flag.

Kindergarten students from PS75, a public school in New York City, recently took part in a class project in which the children were made to create an American flag with the flags of other 22 other nations superimposed over the stripes. Below the flag read the words “We pledge allegiance to an International Flag.”

…Although the description claims that the flags are limited to “Spanish speaking countries”, the Russian flag is amongst those that are included.

Here is a picture of the flag that was sent to Hannity’s blog from a concerned parent at the school: 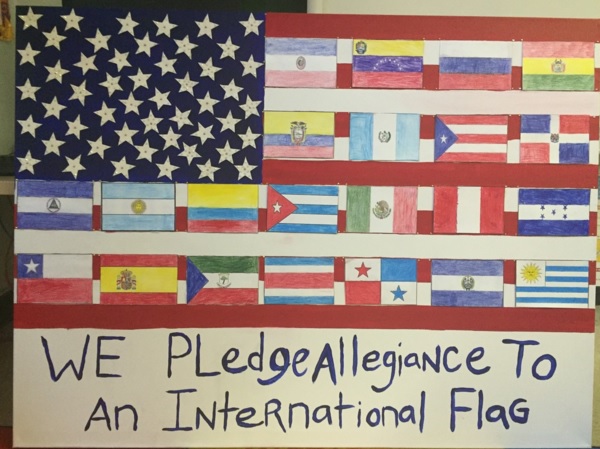 We are suffering as a nation from a lack of patriotism and civic duty, and schools like PS75 are to blame. Progressives are indoctrinating our kids against feeling any type of pride or loyalty towards the United States. They are teaching our next generation that it’s more important to avoid making anybody feel “excluded” than to celebrate American exceptionalism.

The flag is being auctioned off to raise money for the Parent Teacher Association (PTA). Maybe they can use the money to find themselves some new teachers.